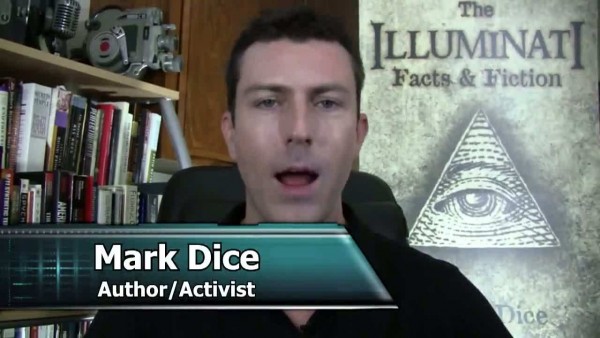 In the Information Age of social media, with constant cyber threats to privacy and at a time when our federal government and local police departments increasingly keep us under unconstitutional surveillance, there is a shocking number of Americans who willingly surrender their personal information to just about anyone who asks for it.

This phenomenon was on full display recently when well-known spoofer Mark Dice, posing as an “authority figure,” was able to solicit highly personal data from random passers-by in San Diego, just by asking and not even telling them why he wanted the data.

As reported by The Daily Sheeple, Dice was mimicking a much-studied psychological technique:

Most of us are probably aware of the Milgram Experiments, which were conducted in the early 1960’s to test the compliance of ordinary Americans. They revealed just how docile the average person really was, and how Americans would be willing to do horrible things if an authority figure (with no real authority) ordered them to. That mindless submission is still alive and well today, and perhaps stronger than ever.

’Helping out with some programs’

In introducing his experiment, Dice stated:

“Just to demonstrate how most people will mindless follow orders, I’m going to approach random people and tell them to give me personal information, and start writing it down on this clipboard without telling them why, who I am, or even what it’s for, just to see if they will mindlessly follow a direct order.”

The first bystander, a young man carrying a football, told Dice his name, age, who he banked with, the city he lives in, the street he lives on (and even spelled it for Dice, who was writing everything down) and the street address. The young man finally drew the line at giving Dice his Social Security number.

“What’s it for?” the young man asked.

“Uh, it’s for, just to help out with some programs,” Dice answered, asking once again for the number.

“I don’t feel comfortable giving it out,” the man said.

“Well, good for you,” Dice answered. “I wouldn’t either.”

Dice, narrating, then said, “He didn’t even ask me who I was, what it was for, or anything. He just walked away.”

From there, a succession of others whom Dice approached continued that process, giving him their personal information and never asking what it was for or why he needed it. On the occasion when bystanders did ask, Dice would simply give them a vague answer about wanting to “help out” with “new programs.”

Giving out information in person – but not on social media?

“In the Milgram Experiment, the person giving the orders was often dressed like a doctor or a scientist, so at least there was an implicit sense that this person had some authority, and could be trusted,” The Daily Sheeple reported. “But it turns out that you don’t need to pretend to be anyone to get Americans to do your bidding. All you have to do is speak with an authoritative voice, and like a dog, they’ll roll over.”

But is there something else at play? Some cultural observers think that in the age of social media, Americans have gotten used to voluntarily giving away personal information – about what they think, what they like, what they have had for dinner, where they live and so forth.

That is changing, however. As noted by Inside Sources, citing a Pew Research Center poll:

According to the study, 54 percent of American adults polled found the prospect of security cameras in their workplace capable of tracking employee performance and attendance with facial recognition technology and stockpiled footage “acceptable,” compared to 51 percent who said it was “not acceptable” to give up personal information in exchange for free use of a social media platform, which would use the data to target users with ads.

But, as Dice proves, that attitude changes when it comes to asking for personal information in person.