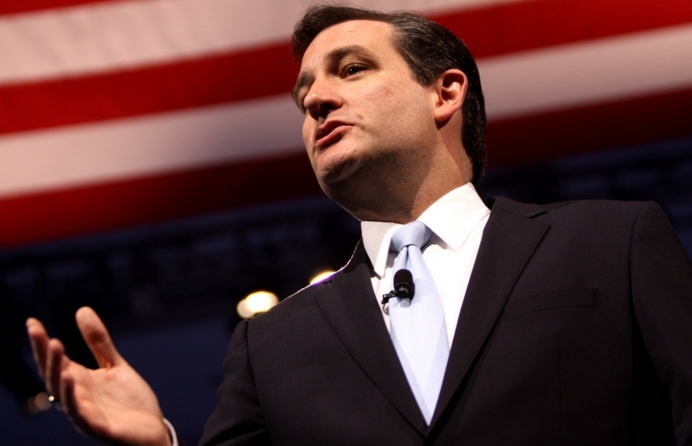 For tens of millions of Americans, the number one political issue heading into the 2016 presidential election, is immigration and its related cousin, refugee resettlement. This has been apparent ever since the Republican Party front-runner, Donald Trump, made it an issue right off the bat in a speech announcing his candidacy last summer.

He’s mentioned it several times since: “We’re gonna build a big, beautiful wall” on the Southwest border, “and make Mexico pay for it.” And he’s also mentioned curbing “Muslim” resettlement into the U.S. from the war-torn Middle East, until the U.S. government finds a way to better vet those who are seeking asylum.

But another Republican presidential contender, Sen. Ted Cruz of Texas, currently running No. 2 in the polls behind Trump, has also made illegal immigration – migrant/refugee resettlement – an issue, which is part of the reason why he is also rising in the polls. And in recent days he, along with others in the Senate, have especially made the Obama administration’s overly lax immigration policy an issue that the next president, whomever he or she may be, will simply have to deal with (as in, end).

Cruz, along with another immigration hawk in the Senate, Jeff Sessions of Alabama, who have both been regular critics of the Obama administration’s immigration actions, said just days ago that the number of people who have been implicated in radical Islamic jihadist plots in the United States has risen to 113, which they say is yet more proof of the need for tighter, not looser, immigration controls, the Washington Times reported.

The senators have been trying to pry loose from the administration the immigration histories of those individuals, saying the public has a right to know how each of them entered the U.S. and what level of scrutiny they got.

Cruz and Sessions added 41 names to their list in early January, including two Iraqi refugees who were arrested recently for engaging in terrorism-related activities. NationalSecurity.news reported that at least one of the refugees was planning on bombing a popular shopping mall in Houston.

“We have now identified an additional 41 individuals, bringing the total to 113 individuals who have been implicated in Islamic terrorism in some manner since early 2014. Of these 113 individuals, at least 14 were initially admitted to the United States as refugees,” the two senators said in a statement.

Sessions – who is chairman of the Senate’s immigration subcommittee – and Cruz have both been pushing the Department of Homeland Security, as well as the State and Justice departments, for information on known or suspected terrorist immigrants and refugees for months, but have been getting stonewalled by the administration, leading them to the conclusion that the White House would rather put American citizens in danger, than be forthright about threats. The two senators said the information they seek to obtain is crucial in regards to President Obama’s intention to bring in 10,000 more Syrian migrants in 2016, his last year in office.

The arrests of the Iraqi suspects have put more of an onus on the Obama refugee resettlement plan, as both of them managed to clear screening processes – the same ones Obama plans to use for Syrian migrants.

Cruz and Sessions, though, have said that screening and other problems go further than just the refugee program, noting that the pace of immigration from Muslim countries to Europe and the U.S. has to have more scrutiny.

“The resources spent every year investigating the countless number of immigrant terrorist suspects in the United States are astronomical. And yet, as this costly and dangerous status quo continues, the U.S. continues to admit approximately 680,000 migrants from Muslim countries every five years,” they said.

The Washington Free Beacon reported further that the Obama administration was deliberately stonewalling the Cruz-Sessions effort.