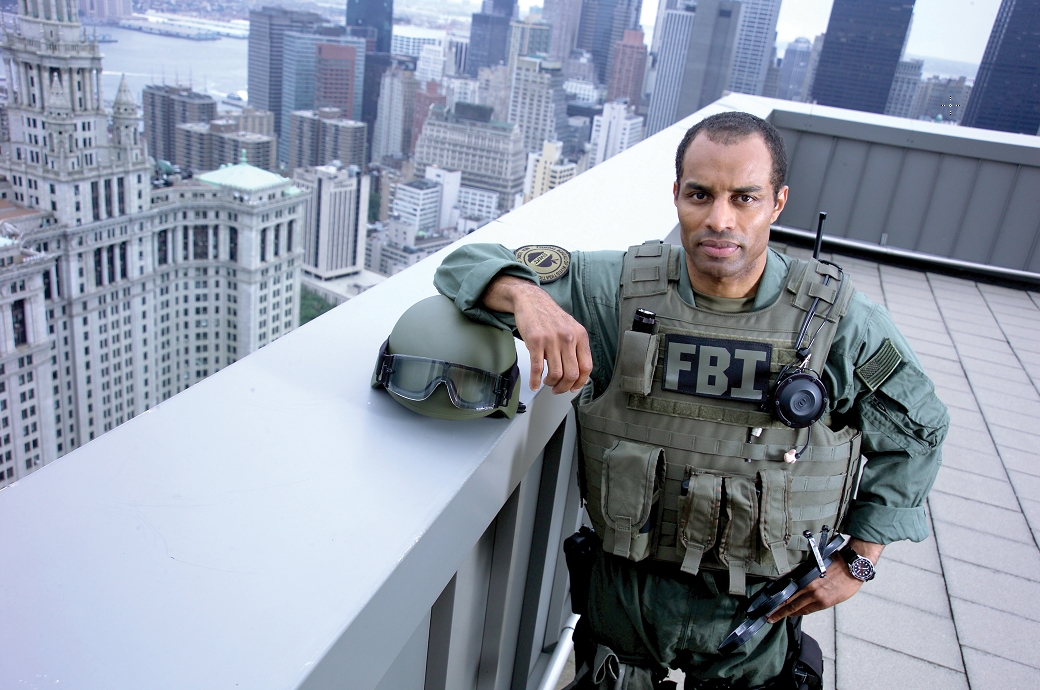 “We want no Gestapo or secret police. The FBI is tending in that direction. They are dabbling in sex-life scandals and plain blackmail. J. Edgar Hoover would give his right eye to take over, and all congressmen and senators are afraid of him.” —President Harry S. Truman

“Don’t Be a Puppet” is the message the FBI is sending young Americans.

As part of the government’s so-called ongoing war on terror, the nation’s de facto secret police force is now recruiting students and teachers to spy on each other and report anyone who appears to have the potential to be “anti-government” or “extremist.”

Using the terms “anti-government,” “extremist” and “terrorist”interchangeably, the government continues to add to its growing list of characteristics that could distinguish an individual as a potential domestic terrorist.

For instance, you might be a domestic terrorist in the eyes of the FBI (and its network of snitches) if you:

Despite its well-publicized efforts to train students, teachers, police officers, hairdressers, store clerks, etc., into government eyes and ears, the FBI isn’t relying on a nation of snitches to carry out its domestic spying.

The nation’s largest law enforcement agency rivals the NSA in resources, technology, intelligence, and power. Yet while the NSA has repeatedly come under fire for its domestic spying programs, the FBI has continued to operate its subversive and clearly unconstitutional programs with little significant oversight or push-back from the public, Congress or the courts. Just recently, for example, a secret court gave the agency the green light to quietly change its privacy rules for accessing NSA data on Americans’ international communications.

Indeed, as I point out in my book Battlefield America: The War on the American People, the FBI has become the embodiment of how power, once acquired, can be easily corrupted and abused.

When and if a true history of the FBI is ever written, it will not only track the rise of the American police state but it will also chart the decline of freedom in America.

Owing largely to the influence and power of the FBI, the United States—once a nation that abided by the rule of law and held the government accountable for its actions—has steadily devolved into a police state where justice is one-sided, a corporate elite runs the show, representative government is a mockery, police are extensions of the military, surveillance is rampant, privacy is extinct, and the law is little more than a tool for the government to browbeat the people into compliance.

And that’s just based on what we know.

Whether the FBI is planting undercover agents in churches, synagogues and mosques; issuing fake emergency letters to gain access to Americans’ phone records; using intimidation tactics to silence Americans who are critical of the government; recruiting high school students to spy on and report fellow students who show signs of being future terrorists; or persuading impressionable individuals to plot acts of terror and thenentrapping them, the overall impression of the nation’s secret police force is that of a well-dressed thug, flexing its muscles and doing the boss’ dirty work of ensuring compliance, keeping tabs on potential dissidents, and punishing those who dare to challenge the status quo.

The FBI was established in 1908 as a small task force assigned to deal with specific domestic crimes. Initially quite limited in its abilities to investigate so-called domestic crimes, the FBI has been transformed into a mammoth federal policing and surveillance agency. Unfortunately, whatever minimal restrictions kept the FBI’s surveillance activities within the bounds of the law all but disappeared in the wake of the 9/11 attacks. The USA Patriot Act gave the FBI and other intelligence agencies carte blanche authority in investigating Americans suspected of being anti-government.

As the FBI’s powers have grown, its abuses have mounted.

COINTELPRO, the FBI program created to “disrupt, misdirect, discredit, and neutralize” groups and individuals the government considers politically objectionable, was aimed not so much at the criminal element but at those who challenged the status quo—namely, those expressing anti-government sentiments such as Martin Luther King Jr. and John Lennon. Itcontinues to this day, albeit in other guises.

The FBI has become a master in the art of entrapment.

In the wake of the 9/11 terrorist attacks the FBI has not only targeted vulnerable individuals but has also lured them into fake terror plots while actually equipping them with the organization, money, weapons and motivation to carry out the plots—entrapment—and then jailing them for their so-called terrorist plotting. This is what the FBI characterizes as “forward leaning—preventative—prosecutions.”

FBI agents are among the nation’s most notorious lawbreakers.

In addition to creating certain crimes in order to then “solve” them, theFBI also gives certain informants permission to break the law, “including everything from buying and selling illegal drugs to bribing government officials and plotting robberies,” in exchange for their cooperation on other fronts. USA Today estimates that agents have authorized criminals to engage in as many as 15 crimes a day. Some of these informants are getting paid astronomical sums: one particularly unsavory fellow, later arrested for attempting to run over a police officer, was actually paid $85,000 for his help laying the trap for an entrapment scheme.

The FBI’s powers, expanded after 9/11, have given its agents carte blanche access to Americans’ most personal information.

The agency’s National Security Letters, one of the many illicit powers authorized by the USA Patriot Act, allows the FBI to secretly demand that banks, phone companies, and other businesses provide them with customer information and not disclose the demands. An internal audit of the agency found that the FBI practice of issuing tens of thousands of NSLs every year for sensitive information such as phone and financial records, often in non-emergency cases, is riddled with widespread violations.

The FBI’s spying capabilities are on a par with the NSA.

The FBI’s surveillance technology boasts an invasive collection of spy toolsranging from Stingray devices that can track the location of cell phones to Triggerfish devices which allow agents to eavesdrop on phone calls.  In one case, the FBI actually managed to remotely reprogram a “suspect’s” wireless internet card so that it would send “real-time cell-site location data to Verizon, which forwarded the data to the FBI.”

FBI agents not only have the ability to hack into any computer, anywhere in the world, but they can also control that computer and all its stored information, download its digital contents, switch its camera or microphone on or off and even control other computers in its network. Given the breadth of the agency’s powers, the showdown between Apple and the FBI over customer privacy appears to be more spectacle than substance.

James Comey, current director of the FBI, knows enough to say all the right things about the need to abide by the Constitution, all the while his agency routinely discards it. Comey argues that the government’s powers shouldn’t be limited, especially when it comes to carrying out surveillance on American citizens. Comey continues to lobby Congress and the White House to force technology companies such as Apple and Google to keep providing the government with backdoor access to Americans’ cell phones.

The FBI’s reach is more invasive than ever.

This is largely due to the agency’s nearly unlimited resources (its minimum budget alone in fiscal year 2015 was $8.3 billion), the government’s vast arsenal of technology, the interconnectedness of government intelligence agencies, and information sharing through fusion centers—data collecting intelligence agencies spread throughout the country that constantly monitor communications (including those of American citizens), everything from internet activity and web searches to text messages, phone calls and emails.

Today, the FBI employs more than 35,000 individuals and operates more than 56 field offices in major cities across the U.S., as well as 400 resident agencies in smaller towns, and more than 50 international offices. In addition to their “data campus,” which houses more than 96 million sets of fingerprints from across the United States and elsewhere, the FBI is also, according to The Washington Post, “building a vast repository controlled by people who work in a top-secret vault on the fourth floor of the J. Edgar Hoover FBI Building in Washington. This one stores the profiles of tens of thousands of Americans and legal residents who are not accused of any crime. What they have done is appear to be acting suspiciously to a town sheriff, a traffic cop or even a neighbor.”

If there’s one word to describe the FBI’s covert tactics, it’s creepy.

The agency’s biometric database has grown to massive proportions, the largest in the world, encompassing everything from fingerprints, palm, face and iris scans to DNA, and is being increasingly shared between federal, state and local law enforcement agencies in an effort to target potential criminals long before they ever commit a crime.

This is what’s known as pre-crime.

If it were just about fighting the “bad guys,” that would be one thing. But as countless documents make clear, the FBI has no qualms about using its extensive powers in order to blackmail politicians, spy on celebrities andhigh-ranking government officials, and intimidate dissidents of all stripes.

In fact, as historian Robert Gellately documents, the Nazi police state was repeatedly touted as a model for other nations to follow, so much so that Hoover actually sent one of his right-hand men, Edmund Patrick Coffey, to Berlin in January 1938 at the invitation of Germany’s secret police. As Gellately noted, “[A]fter five years of Hitler’s dictatorship, the Nazi police had won the FBI’s seal of approval.”

Indeed, so impressed was the FBI with the Nazi order that, as the New York Times revealed, in the decades after World War II, the FBI, along with other government agencies, aggressively recruited at least a thousand Nazis, including some of Hitler’s highest henchmen, brought them to America, hired them on as spies and informants, and then carried out a massive cover-up campaign to ensure that their true identities and ties to Hitler’s holocaust machine would remain unknown. Moreover,anyone who dared to blow the whistle on the FBI’s illicit Nazi ties found himself spied upon, intimidated, harassed and labeled a threat to national security.

So not only have American taxpayers been paying to keep ex-Nazis on the government payroll for decades but we’ve been subjected to the very same tactics used by the Third Reich: surveillance, militarized police, overcriminalization, and a government mindset that views itself as operating outside the bounds of the law.

This is how freedom falls, and tyrants come to power.

The similarities between the American police state and past totalitarian regimes such as Nazi Germany grow more pronounced with each passing day.

Yet it’s the secret police—tasked with silencing dissidents, ensuring compliance, and maintaining a climate of fear—who sound the death knell for freedom in every age.