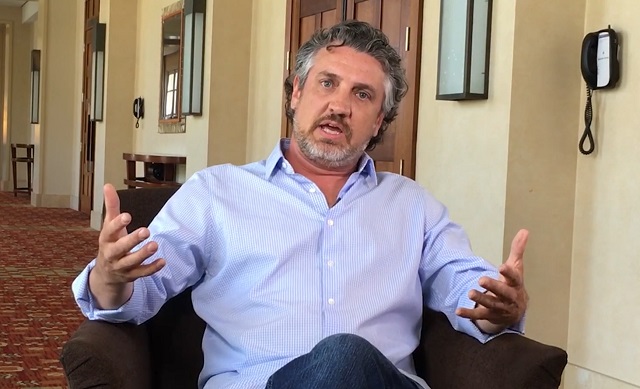 ABC World News Tonight conducted an interview with Del Bigtree, producer of the polarizing documentary “VAXXED,” over the phone for ten minutes. Rather than give Bigtree the opportunity to respond to critics of the film, which was originally endorsed and later retracted by Robert De Niro’s Tribeca Film Festival, the media outlet aired a mere five seconds of the interview in a news segment about the documentary.

Fortunately, Natural News has published the uncut interview with Del Bigtree, which was conducted two hours before De Niro decided to censor the film from the Tribeca Film Festival. The uncut version of the interview can be viewed here.

The documentary, which was directed by doctor Andrew Wakefield, exposes the link between certain vaccines and the “skyrocketing increase in autism.”

Robert De Niro, one of the festival’s founders, attempted to defend the showing of the film at Tribeca in a statement last Friday:

“Grace and I have a child with autism and we believe it is critical that all of the issues surrounding the causes of autism be openly discussed and examined. In the 15 years since the Tribeca Film Festival was founded, I have never asked for a film to be screened or gotten involved in the programming. However this is very personal to me and my family and I want there to be a discussion, which is why we will be screening VAXXED. I am not personally endorsing the film, nor am I anti-vaccination; I am only providing the opportunity for a conversation around the issue.”

De Niro received a backlash of criticism in wake of his remarks; so much so that he decided to remove “VAXXED” from the festival line up just one day later.

“My intent in screening this film was to provide an opportunity for conversation around an issue that is deeply personal to me and my family,” De Niro said. “But after reviewing it over the past few days with the Tribeca Film Festival team and others from the scientific community, we do not believe it contributes to or furthers the discussion I had hoped for,” he added.

In wake of the announcement, thousands of protestors are demanding that the documentary be allowed back into the Tribeca Film Festival lineup. The change.org petition campaigning for “Vaxxed: From Cover-Up to Catastrophe” to be viewed at the festival as it was originally intended, acquired more than 20,000 only two days after De Niro’s decision to pull the film.

In an exclusive interview with Del Bigtree, Natural News editor Mike Adams asked the producer about the pro-vaccine mainstream media’s attacks of the film and De Niro’s decision to pull the documentary. He responded.

“We set out to make a movie, now we’re making history.

“To watch every major newspaper tell people not to see a movie, a movie they had never seen, is an unprecedented moment in this country. When has that ever happened?

“Every major newspaper is saying don’t go see a movie they haven’t watched themselves. What’s next, are they going to tell us to start burning books in the streets? We’ve never seen anything like this.

“This is supposed to be a country based on freedom of expression, and our entire media that [claims to] represent speech and expression, is telling everybody to shut down free speech. Journalism is officially DEAD in America.

“We have a whistleblower at the CDC who is still sitting at the CDC, an awarded scientist, who is being protected by whistleblower status, and the media is saying we are making things up. They say they’ve debunked the whistleblower, but you can’t debunk someone who hasn’t had his day in court, just like you can’t review a movie you haven’t seen.”

You can watch the uncut interview with Bigtree in the video below.