RAPEAGEDDON: Immigrants recreating ‘Taharush’ group rape activity in Europe while spineless liberals apologize for them and do nothing 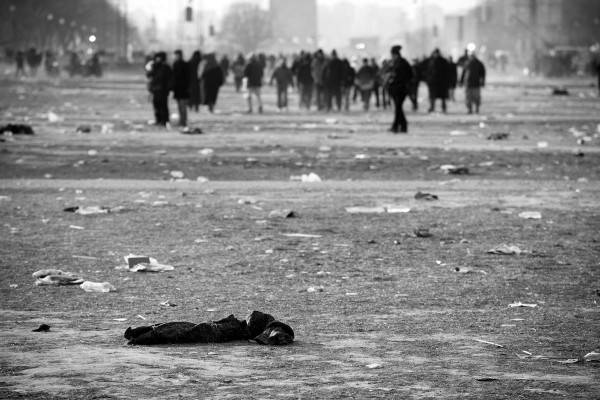 It seems like the migrant sexual assaults that occurred in Cologne, Germany, over the Jan. 1 New Year’s Eve celebration, have an official name: Taharrush.

As noted by Breitbart News, one of the few international outlets with the sand to actually report on the mass assaults by “almost exclusively” Middle Eastern refugees and migrants on local women, the phenomenon involves large gangs of men attacking women in the Arab world. Apparently the migrants brought the practice with them.

Though the sex assaults were the most severe in Cologne, nearly every other major German city has also reported some incidents over the New Year’s Eve celebration.

The suspicion that the attacks were both coordinated and part of a Middle Eastern ritual among young men, is equally troubling, considering that it’s not a cultural norm in the West.

What’s more, Breitbart News reported, such attacks were previously unheard of in German society, “and that the fact they were perpetrated mainly by migrant men of Arabic and North African descent, suggests a new form of rape culture has been imported into the country.”

The ritual of taharrush, known also by its longer name, taharrush gamea, has been especially prevalent in Egypt; there, large gangs of mostly young males were known to sexually assault and rape female journalists during the beginning of the Arab Spring protests in Tahrir Square.

Though once obscure, the practice is now gaining momentum across Europe, but especially in Germany, which has taken in nearly 1 million migrants since the Syrian civil war began, along with other ISIS-related violence in Iraq, Yemen and elsewhere.

The German media is finally catching on that the practice is not only increasing, but is primarily limited to the new migrant community.

Earlier, Breitbart London reported that German authorities believe taharrush will spread across the country and beyond the Cologne attacks. Federal Criminal Police (BKA) have said that they are looking into how Arab countries deal with mass sexual assault.

“Such crimes, committed by groups of young men, are of particular concern to local police during large gatherings of people such as demonstrations,” a BKA spokesman said. “The attacks range from sexual harassment to rape.”

Many of the men who have been arrested thus far are of North African descent; while many consider Egypt to be an “Arab,” Middle Eastern country, it is actually situated geographically in North Africa.

“In Egypt, sexual harassment is widespread and touches the lives of the majority of women whether on the streets, in public transportation, or at the work place, the super market, or political protests,” the online journal Jadaliyya reported, as quoted by Breitbart.

The report added that the term “taharrush” is relatively new; previously, sexual assault was generally known as mu’aksa, or “flirtation.”

In addition, wearing a veil does not seem to be a deterrent for women; Jadaliyya reports – as cited by Breitbart – that large groups of men were attacking both veiled and unveiled women during holiday festivities following Ramadan in 2006.

In 2011, the world was alerted to the phenomenon, when CBS News reporter Lara Logan was assaulted sexually by a crowd of perhaps 200 men in Cairo’s Tahrir Square, as she reported on the Arab Spring protests against long-serving President Hosni Mubarak.

Logan recalled being raped with the “hands” of the men, many of whom began to rip off her clothes. One said, “let’s take off her pants,” when she became separated from her news crew.

“My shirt, my sweater was torn off completely. My shirt was around my neck. I felt the moment that my bra tore. They tore the metal clips of my bra. They tore those open. And I felt that because the air, I felt the air on my chest, on my skin. And … uh I felt them tear out, they literally just tore my pants to shreds,” she recounted.