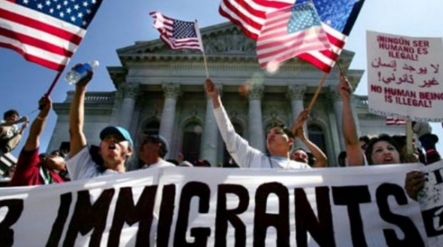 The unemployment rate for American born citizens  is worse than U.S. immigrants. The Pew Charitable Trusts recently released data on the probability of American immigrants obtaining employment versus American citizens in 13 major industries in all 50 states of America, and the results are sobering.(1)

According to the data, on a national level, immigrants are spread out differently across industries than American citizens. Immigrants are more likely than U.S. workers to hold jobs in six of the 13 major industry reviews, like manufacturing and administrative services.(1)

In addition, the distribution of immigrants across the industries varies state by state, but some trends are more pervasive than others. Many industries reflect patterns based on their geographical stance. For instance, immigrants are far more likely to be employed than U.S. born workers  in construction in the Southern states.(1)

Last, the distribution of immigrants and U.S. citizens in industries can vary, despite the size of a state’s immigration population. In Montana, which has a relatively small foreign-born population, immigrants are more likely than U.S. citizen to be employed in five sectors, including education services, health care and social services, leisure and hospitality, science and management services.(1)

One the other hand, in comparison to Montana, California, which has a large immigrant population, has foreign workers who are more likely than U.S. citizens to be employed in six sectors, including leisure, hospitality and manufacturing.

Making sense of the data

In an effort to make sense of these findings, the Labor Department recently released an article analyzing why people who are not in the work force are unemployed. The report found that 87.4 million people 16 years or older were neither employed nor seeking employment throughout 2014.(2)

The number of Americans not in the labor force last month clocked in at 94,103,000, which is a mild improvement from the labor force last November set at 94,446,000. However, these figures are more likely a reflection of a surge in employed immigrants rather than U.S. born citizens.(2)

Many Americans fear undocumented immigrants are taking jobs away from U.S. citizens, according to a poll released in August 2015. The Rasmussen Reports discovered approximately 51 percent of Americans believe they are competing against immigrants living in the country without work permits. About 66 percent of respondents said they wanted the U.S. government to crack down on employers who hire immigrants without a work permit, the highest estimate in nearly four years.(3)

Immigrants without work permits have an increased advantage in the work force compared to the rest of the U.S. population. The share of unauthorized workers with management and professional jobs increased 13 percent in 2013, from 10 percent in 2007.(3)