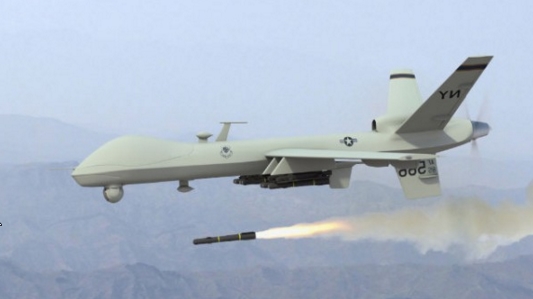 How does a highly sophisticated American-made missile wind up in a Communist country long known to be hostile to the United States, especially when such weapons are required to be carefully handled and meticulously tracked?

So far, anyone who knows the answer to that question isn’t saying anything. And what’s even more bizarre, is that the weapon wound up at a harbor in Cuba, one of a couple of authoritarian nations President Obama has cozied up to during his tenure.

As reported by The Wall Street Journal, an inert Hellfire missile that was sent to Europe for a training exercise in the spring of 2014, was eventually shipped to the Caribbean island, according to officials familiar with the incident, leaving the Pentagon scrambling to find out what happened amid concerns that the missile’s technology, which is highly sensitive, was compromised.

In what was “among the worst-known incidents of its kind,” the paper said, officials and investigators who work inside the regulatory apparatus that handles the shipment of weapons and other sensitive items are completely confounded as to how the missile could have been improperly shipped.

Did the White House arrange this?

Some have speculated that the shipment was sent there on purpose, perhaps as a sop to Cuban dictator Raul Castro by Obama, though thus far there is no evidence of that. The WSJ did note, however:

“For more than a year, amid a historic thawing of relations between the U.S. and Cuba, American authorities have tried to get the Cuban government to return the missile, said people familiar with the matter. At the same time, federal investigators have been tracing the paper trail of the wayward Hellfire to determine if its arrival in Cuba was the work of criminals or spies, or the result of a series of blunders, these people said.”

Though the paper did not say, it is logical to assume that U.S. investigators are also examining the possibility of a dirty deal between Washington and Havana.

What makes the “blunder” so serious, is that the Hellfire was initially designed as an anti-tank weapon, but today is generally launched from helicopters and, increasingly these days, from armed drones to strike suspected terrorism targets. It is a complex weapon, incorporating sophisticated technology that is superior to other weapons in its class made by other nations. Compromise of the technology could help U.S. nemeses upgrade their missiles via reverse engineering.

As further reported by NationalSecurity.news:

“While the missile that wound up in Cuba did not contain explosives, Pentagon officials are worried that Cuba has perhaps shared sensors and other targeting technology contained in the missile with client states like China, North Korea or Russia.”

The loss of the missile, while confusing, nevertheless served to justify longstanding concerns over how secure international shipping methods really are, as well as the difficulty in keeping track of such sensitive items.

“Did someone take a bribe to send it somewhere else? Was it an intelligence operation, or just a series of mistakes? That’s what we’ve been trying to figure out,” one U.S. official told the paper.

The Obama administration is responding to the loss of the missile in two ways. First, there has been a diplomatic effort to reclaim the weapon; secondly, there is an effort underway to find out just how it got off-course to begin with.

Neither effort has proceeded with much haste. Thus far, according to the WSJ, the “historic thaw” between the U.S. and Cuba hasn’t had much of an impact, because the weapon has yet to be returned. As for the investigation into how it got to Cuba to begin with, it could take years, because most of the clues are in Europe, and gathering evidence is subject to international and transnational diplomatic requests.