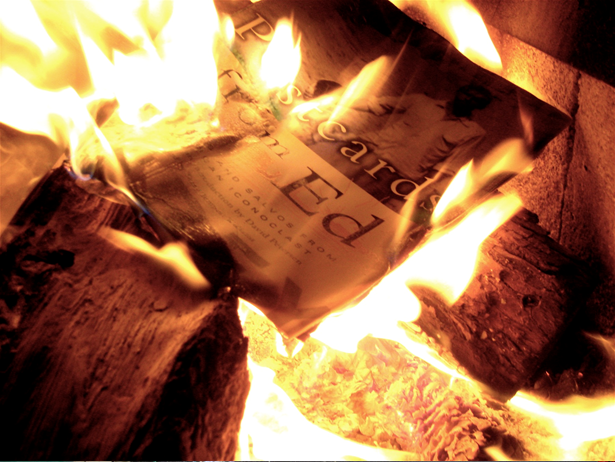 Like a chapter straight out of Ray Bradbury’s novel “Fahrenheit 451”, or a snapshot of 1930s-era Germany, the distribution of a controversial best-seller book among a group of young people in an American community triggered a call to the police(//www.federaljack.com).

The trouble started when the book in question, “The Absolutely True Diary of a Part-Time Indian, by Sherman Alexie, was banned by the Mountain View High School in Meridian, Idaho.

The book is a coming-of-age tale told from the point of view of a 14-year-old Native American boy who must make the transition from a reservation to an all-white high school. The book deals frankly with common issues faced by teens everywhere, but some parents in the community felt that it contained “anti-Christian” themes and sexual content.

“‘Diary’ grapples with sex, race, and class — and is by any measure wildly successful. The book was released to rave reviews, bestseller status, and a National Book Award. And like so many other great pieces of literature, it garnered one other hallmark of notoriety: a choice spot on the American Library Association’s top ten list of banned books in 2013.

Mountain View High school student Brady Kissel, upon learning of the proposed ban, decided to take a stand in support of free speech by speaking out at a school board meeting where the issue was being discussed.

Despite Brady’s efforts, the school board voted to ban the book.

Meanwhile, somewhat predictably perhaps, sales of the book began to soar in Meridian. Brady Kissel teamed up with a local bookstore to organize a successful fundraiser to provide free copies of “Diary” to the students who had signed a petition against the ban.

When Brady and the other organizers met at a local park to distribute the 340 books they had raised the money for, one of the parents in favor of the ban learned of the event and decided the police should become involved.

Fortunately, when the police arrived, they were able to surmise pretty quickly that no laws were being broken, and so no one was arrested and no books were confiscated or burned.

The publisher of the book has since donated another 350 copies of the book and Kissel has handed them out as well. She even got a chance to meet with the book’s author at a literary event in Boise.

Alexie acknowledged her efforts against censorship during his lecture, saying: “It was Brady’s fight, and Brady stepped up in an amazing way.”

In the end, the fight was won by Brady and the other champions of free speech in Meridian. The West Ada School District voted again on the issue and decided to let the book be returned to the school library’s shelves.

Referring to the victory against censorship(//freedomunderattack.blogspot.ro) in Meridian, Idaho, Alexie said that is “how it is supposed to be done”:

“But what happens is a handful of parents that are angry are trying to determine what an entire school or an entire community gets to read. They are interested in controlling people’s thought processes.”

Some citizens in our society need to be reminded from time to time that freedom of speech and protections against censorship extend across the board, guaranteeing the right of all voices to be heard – even ones that might offend a particular segment of the community.

When a young person like Brady speaks out against censorship, it should serve as that reminder. It’s not the free expression of ideas that will destroy us, but rather their suppression.

Brady Kissel deserves all the praise she has received as a champion of fundamental American principles. Young people such as herself are our nation’s best best hope.