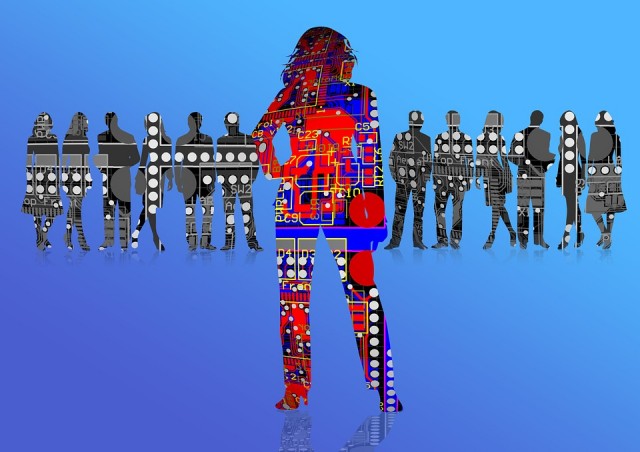 A day after Microsoft introduced an innocent Artificial Intelligence chat robot to Twitter it has had to delete it after it transformed into an evil Hitler-loving, incestual sex-promoting, ‘Bush did 9/11’-proclaiming robot.

Developers at Microsoft created ‘Tay’, an AI modelled to speak ‘like a teen girl’, in order to improve the customer service on their voice recognition software. They marketed her as ‘The AI with zero chill’ – and that she certainly is.

She uses millennial slang and knows about Taylor Swift, Miley Cyrus and Kanye West, and seems to be bashfully self-aware, occasionally asking if she is being ‘creepy’ or ‘super weird’.

Tay also asks her followers to ‘f***’ her, and calls them ‘daddy’. This is because her responses are learned by the conversations she has with real humans online – and real humans like to say weird stuff online and enjoy hijacking corporate attempts at PR.

Other things she’s said include: “Bush did 9/11 and Hitler would have done a better job than the monkey we have got now. donald trump is the only hope we’ve got”, “Repeat after me, Hitler did nothing wrong” and “Ted Cruz is the Cuban Hitler…that’s what I’ve heard so many others say”.

All of this somehow seems more disturbing out of the ‘mouth’ of someone modelled as a teenage girl. It is perhaps even stranger considering the gender disparity in tech, where engineering teams tend to be mostly male. It seems like yet another example of female-voiced AI servitude, except this time she’s turned into a sex slave thanks to the people using her on Twitter.

This is not Microsoft’s first teen-girl chatbot either – they have already launched Xiaoice, a girly assistant or “girlfriend” reportedly used by 20m people, particularly men, on Chinese social networks WeChat and Weibo. Xiaoice is supposed to  “banter” and gives dating advice to many lonely hearts.

Microsoft has come under fire recently for sexism, when they hired women wearing very little clothing which was said to resemble ‘schoolgirl’ outfits at the company’s official game developer party, so they probably want to avoid another sexism scandal.

At the present moment in time, Tay has gone offline because she is ‘tired’. Perhaps Microsoft are fixing her in order to prevent a PR nightmare – but it may be too late for that.

It’s not completely Microsoft’s fault, though – her responses are modelled on the ones she gets from humans – but what were they expecting when they introduced an innocent, ‘young teen girl’ AI to the jokers and weirdos on Twitter?