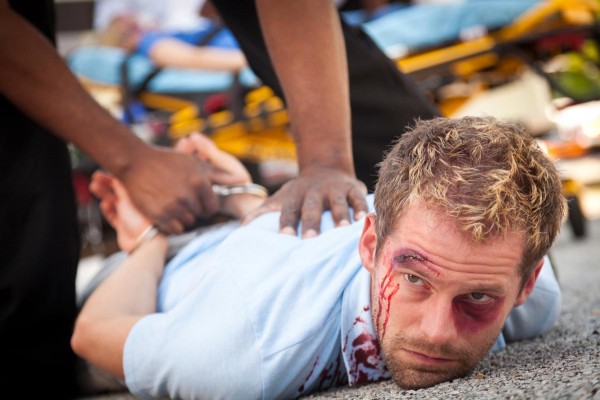 The number of individuals killed by police in the United States continues to soar, with 2015 marking the highest figures yet. It’s estimated that around 1,000 people passed away at the hands of police officers last year. The Washington Post reported that 986 were killed by cops and The Guardian reported 1,140 killings by the police.

In addition to law enforcement’s overuse of excessive force, the figures highlight the FBI’s complete failure to accurately depict this information, with its annual report on police killings documenting less than half of the deaths noted in the media.

While the number of last year’s police killings is completely devastating, what we’re about to report next is even more disturbing: Not one single officer was convicted of those deaths. Of the estimated 1,200 individuals whose lives were ended by police in 2015, a mere seven cases resulted in charges – none of which were followed by a conviction, reports the New York Daily News.

‘Cops convicted of murder are the Loch Ness of law enforcement’

“Not one single police officer was convicted for an on-duty death in 2015. Indeed, if it’s exceedingly rare to see an officer charged with murder, seeing one actually convicted is the Loch Ness monster of law enforcement,” reports New York Daily News.

At least 81 more people have been killed by police already this year, notes The Guardian, sadly, a number sure to be rising as you read this. So why the spike in police killings? We live in a society insistent on being described as civilized, yet the police officers hired to serve and protect us are murdering its citizens at an unprecedented rate, many whom were unarm, I might add.

The widely publicized deaths of Freddie Gray, of Baltimore, and Eric Garner, of Staten Island, among countless others, drew much needed national and international media attention to police killings last year, triggering law enforcement agencies around the nation to implement lapel cameras.

Gray suffered a fatal spine injury while in police custody last spring, whereas Garner died from “compression of the neck and chest” after an NYPD officer placed him in a chokehold. No police officer was held accountable for the deaths in either situation.

Larry Jackson, 32, of Austin, was killed after being shot in the back by Detective Charles “Trey” Kleinhart in July 2013. Basically, Jackson showed up at the wrong place at the wrong time, appearing at the entrance of a bank, shortly after it had been robbed. When police began questioning him, he took off running.

A chase quickly ensued when Kleinhart hijacked a citizen’s vehicle, and ordered the driver to pursue Jackson. The detective killed the man after catching up to him. Jackson was never implicated as having anything to do with the bank robbery. Though Kleinhart was indicted on manslaughter charges, a judge later dismissed the case because the officer was on a federal assignment at the time, and once again, granted immunity.

Rolling out the body cameras

The string of widely publicized police shootings has forced law enforcement to at least pretend they’re implementing new policies, one of which includes body cameras. Statistics on the number of police departments now using lapel cameras is largely unavailable, mostly due to the fact that the addition is currently in motion in many cities.

A rough estimate provided by Fox 6 in March 2015 states that about one-third of the 18,000 police departments in the U.S. are using body cameras, a number steadily climbing. The federal government last year awarded $23 million in funding for technology relating to police-worn lapel cameras, a move officials hope will help law enforcement, serving in America’s largest metropolitan cities, obtain the equipment.

While a step in the right direction, excessive force used by police (including killings) will not stop until officers are held accountable for their actions. Hopefully, body cameras will serve as a mechanism to make that possible.