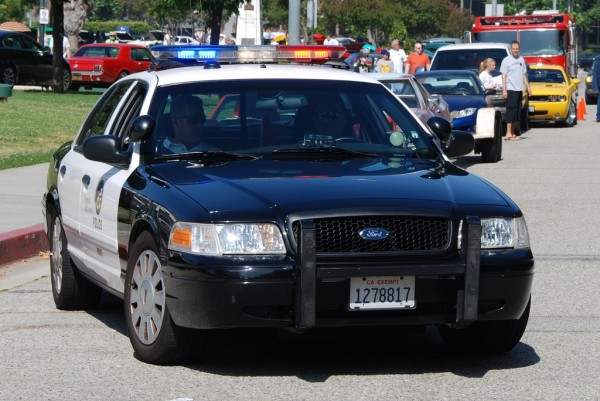 Are you prepared to defend yourself?

In another sign of growing unease among law enforcement and other government-related authorities, that in times of trouble the civil society is liable to break down completely, Los Angeles police officers recently told a news team at a local CBS affiliate that in the event of an “emergency” – code for societal breakdown – there won’t be enough officers to protect everyone and everything.

“The citizens need to know they need to be able to protect themselves because if they call 911, we can’t guarantee we’re going to get there in time to help you,” Police Protective League President, Jamie McBride told the local network.

He also said that on a recent morning, between 5:30 and 10am, there were only three patrol cars (six officers) assigned to the West LA Division – to protect more than 200,000 people in a 65-mile square radius.

That is still only 14 cops for a couple hundred thousand people – hardly a match for a mob.

That serious lack of police presence is not a comfort to most Los Angelenos who are aware of just how dire the situation is, and that includes West LA resident David Doucette, who has two small boys at home.

“I want to make sure they’re going to show up not 45 minutes later but within 10 minutes,” Doucette told the affiliate, adding that while he routinely sees police patrolling the area, he would not mind seeing more of them.

But apparently at times anyway, that presence may be a mile wide and an inch deep – a dangerous façade that would be exposed in moments should something major occur (like maybe one of those famous California earthquakes).

As expected, LAPD officials would not respond on camera, but one police official – Capt. Andrew Neiman – said that the patrol figures cited by the Police Protective League were not right.

The liaison went on to note that crime fighting units including the Metro division, domestic violence division and community-based policing, all have added personnel to back up patrol units should they need assistance.

But the police union countered that the LAPD should put responding to citizens in need atop their list, and that enough overtime should be allocated to cover the costs of boosting minimum staffing levels in case of an emergency.

Citizens should start protecting themselves

What, however, will citizens do in the meantime? California has some of the toughest gun control laws in the country, so arming up – while still possible – isn’t an option for everyone.

That said, police around the country who have come to the realization that they simply cannot be everywhere at once – and would be quickly overwhelmed in a societal collapse-type of scenario, have been advising the citizens they serve to do more to protect themselves.

Outspoken among them is Milwaukee County Sheriff David Clarke who, in a 2013 radio ad anti-gun advocates called “controversial,” advised local residents to buy firearms because “calling 911” might not be good enough.

In the ad, Clarke told residents that personal protection and safety was no longer a spectator sport: “I need you in the game.”

“With officers laid off and furloughed, simply calling 911 and waiting is no longer your best option,” Clarke said.

“You could beg for mercy from a violent criminal, hide under the bed, or you can fight back.”

Other county sheriffs and chiefs of police have advised residents similarly. Ulster County, New York, Sheriff Paul Van Blarcum, in the wake of the jihadi attacks in San Bernardino, Calif., wrote on his Facebook page, “In light of recent events that have occurred in the United States and around the world I want to encourage citizens of Ulster County who are licensed to carry a firearm to PLEASE DO SO.”