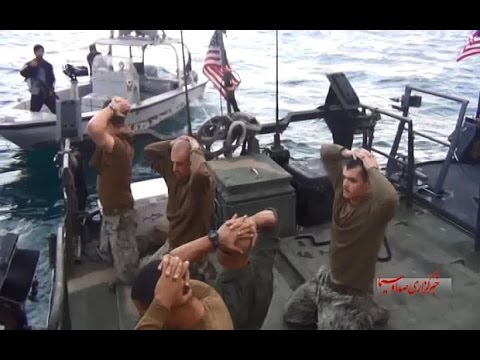 There’s no doubt that Iran’s capture of an American patrol boat in the Persian Gulf, was a major propaganda coup for Tehran. Images of the sailors with their hands behind their heads, and video of one of the sailors apologizing, and another crying, were seen around the world in the days and weeks following the initial incident. There was even a re-enactment of the sailor’s capture on the anniversary of the 1979 Islamic revolution.

However, Iran isn’t done exploiting the incident for propaganda purposes. Iran’s Revolutionary Guard is planning to make a statue that depicts the capture of those 10 sailors. The head of the Guard’s naval forces, Commander Ali Fadavi, said that the statue would be a tourist attraction, and that “There are very many photographs of the major incident of arresting US Marines in the Persian Gulf in the media and we intend to build a symbol out of them inside one of our naval monuments.”

It’s believed that the construction of the statue, in addition to the provocative rhetoric surrounding the capture of the patrol boat, is being supported by hardliners in Iran to show that they are still relevant in that country, despite the recent nuclear deal with the US.