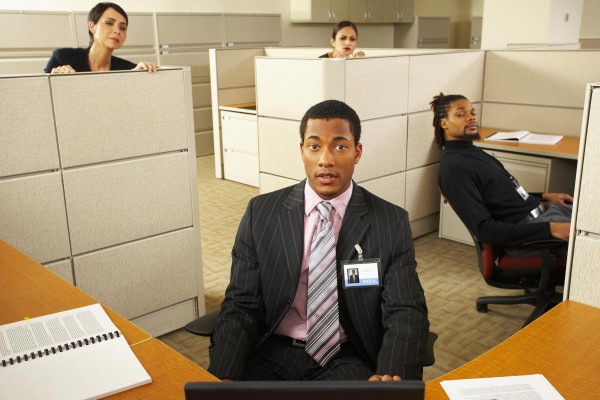 (BigGovernment.news) The Environmental Protection Agency is continuing its push deeper into the lives of Americans, this time by spending nearly $300,000 of your money on technology aimed at tracking employees’ water usage.

As reported by the Washington Free Beacon, the technology under development will track both the energy and water use of office buildings, and features a colored light bulb system that will send “virtual messages” to employees when they are using too much of each.

California-based Lucid Design Group, a software firm, received the funding from EPA with this objective from the agency: “Change the habits” of Americans at work.

Apparently, Obama’s EPA now believes that private industry is incapable of managing employees’ usage of resources that individual companies themselves must pay for. So it plans to impose itself on the private sector in what will likely be another nanny state requirement from an administration that has never seen a government rule it didn’t like.

“The technology seeks to reduce peak electricity demand and associated utility bill costs through ambient color-based visual messaging; balancing energy usage and occupant comfort,” the agency said [where is the mandate giving the EPA the authority to monitor a company’s electricity usage?]

The Free Beacon quoted Jared Blumenfeld, an EPA regional administrator, who said telling employees that they are using too much energy could “change their habits.”

“Lucid’s project is a great example of how technology can be used to help protect the environment,” he said. “Giving office workers immediate feedback on their energy use can help them to change their habits for the better.”

The project is part of a wider EPA effort to hamper business and industry known as People, Prosperity and Planet, a competition that initially awards $15,000 grants for environmental technology projects. Past projects included the development of a device that monitors how long guests at hotels spend taking a shower, as well as “trash walls” for the poor.

Lucid was selected by the agency to participate in the second phase of the program, which awards as much as $300,000 to continue developing technology with the goal of eventually bringing it to the market. The firm initially designed a “Building Dashboard” that is used to monitor an office building’s energy use.

“This online tool tracks in real-time how much energy and water is being used in a building and provides visual insights that can influence occupants to change their habits,” the EPA said.

While the EPA is claiming that the development of this kind of “monitoring” technology is only meant to “influence” companies to adopt certain habits, what is most likely coming next are a bevy of regulations aimed at forcing companies to adopt new standards that the EPA, of course, will establish – using the technology taxpayers paid for as the impetus for the new rules (“See how badly they are needed?”). And, of course, with new regulations come new regulatory costs, meaning any productivity gained by implementing the new rules will be lost – along with jobs.

Implementing rules on the federal level to prevent factories from dumping toxic waste in a river is one thing, but nanny state regulations that impose new compliance costs on companies that are more than capable themselves of monitoring and “adjusting” employee use of resources is quite another. And yet, the federal bureaucracy – which is staffed by career civil servants who have never had to meet a payroll or keep a company in the black – continues to micromanage American companies, some to death.

What’s that they say about someone who repeatedly does something dumb because they keep expecting a different outcome?