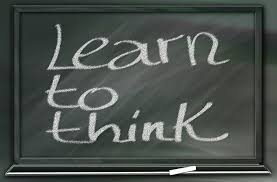 If there is one thing liberals tend to agree with it is that the United States is an oppressive nation that uses its wealth and power to keep the so-called “underprivileged” in poverty. Liberals believe in a collective greater good, and just like so many times throughout history, those who tend to disagree with the greater good end up being labeled and often times dehumanized. The left uses the argument of the “collective greater good” to advocate for the reformation of our economic system from one of free enterprise to centralized control. This is known as socialism and has historically led to nothing but greater human suffering. The reason being is because socialism limits initiative and ingenuity, people who produce wealth are accused of doing so for their own benefit only, therefore, the goods and service provided are overlooked. The belief that government should be everyone’s providers becomes set in stone and a society’s means of economic growth is destroyed. Given the historical failure of socialism and the suffering it has produced one has to wonder how so many people could once again be calling for socialism. After all, the United States has produced the world’s largest middle class and it wasn’t because of centralized control.

Controlling perception through a “group think mentality” has been the ultimate goal; psychological techniques, which create unconscious associations to a given set of circumstances, can be used to guide and control human emotions. Groupthink is defined as-

“A phenomenon developed in groups and marked by the consensus of opinion without critical reasoning or evaluation of consequences or alternatives. Groupthink revolves around a common desire to not upset the balance of a group of people by creating conflict, with creativity and individuality considered potentially harmful traits that should be avoided.”

A desire to conform, or to not appear to be going against the grain is a good description of group thinks. It is a common phenomenon whenever people are together for the purpose of decision making. It is safe to say that liberal’s fascination with the “collective” is certainly without critical evaluation, and often times many liberals can’t even tell you what it is they believe in. This describes the notion of not wanting to upset a balance perfectly. B.F. Skinner writes in “Beyond Freedom and Dignity” that the fear of not being accepted in a group setting is a powerful motivator and that it can be more effective than a full blown police state when it comes to controlling behavior.

People who get along together well under the mild contingencies of approval and disapproval are controlled as effectively as (and in many ways more effectively than) the citizens of a police state. Orthodoxy controls through the establishment of rules, but the mystic is no freer because the contingencies which have shaped his behavior are more personal or idiosyncratic. Those who work productively because of the reinforcing value of what they produce are under the sensitive and powerful control of the products. Those who learn in the natural environment are under a form of control as powerful as any control exerted by a teacher. (Skinner, 91)

As noted earlier, one of the purposes of group think is to change a perception or create a mental association which changes people view their reality. This is always done for the purpose of accomplishing a larger objective. Let’s look at a couple of examples.

Under the current administration, there is a massive effort underway to give the perception that patriotic Americans are terrorists. This is easy to do as the actions of this administration are creating the very conditions in which these Americans are being baited into responding. The mental association with terrorism has already been established through the war on terror so all that needed to be done to shift that perception was take the focus off of Islam and put it on the patriot movement. The technique is so successful that it doesn’t matter that that there hasn’t been one act of terror committed by right-wing Christian extremists. The fact that Timothy Mcveigh was associated with “right wing groups” was possibly enough to make a conscious connection in the minds of the sheeple.

Our veterans are another good example. The Obama administration is going to great lengths to disarm honorable men who have served their country, in the name of mental health. The association between mental health and deranged mad men going on shooting sprees has already been established. The only thing that remained was pushing this perception on to veterans by labeling them with PTSD. Senator Diane Feinstein had once suggested that all veterans suffered from PTSD and shouldn’t be allowed to own guns. This turns into fear in the minds of the public as they now suddenly believe that the thousands of returning war vets are a threat to public safety. This was intended to remove one of the administrations biggest obstacles to fundamentally transforming the United States. It achieved its desired results in more than one way as well. This blatant attack against those that have served this country has resulted in an up swell of social activism on the right which, in turn, is just another excuse the administration can use to justify their claims that veterans are mentally ill.

In essence, the social controllers, in an effort to create a group think mentality are manipulating the environment around us, changing the way in which we view reality. This method of affecting change was another observation made by B.F. Skinner. He noted in “Beyond Freedom and Dignity” that behavior is shaped by the consequences of environmental manipulation (Skinner, pp. 18) and because this is now a recognizable fact, it can be used to predict and control human behavior.

In the case of liberal’s acceptance of socialism, the class room has been the facilitator of techniques which reinforce a group think mentality. Methods like the Delphi technique are used to manipulate the opinions of students out of a fear of appearing as a non-conformist. Classroom discussions that focus on social issues are designed to bring out the opinions of those with differing opinions and they are systematically discredited in front of the whole class in an effort to get them to conform to the general consensus. Text books that routinely lie about America’s social issues while comparing statistics to socialist countries are used to create the mental association of capitalism being greedy and selfish while socialism is compassionate. The argument over universal health care is an excellent example here. False statistics about poverty in America are continuously shoved down the throats of students without the opportunity to give a critical analysis and ask questions. If one were to ask why the poverty rate is higher now than when the war on poverty began, after spending nearly 15 trillion dollars, for example, the student would be thoroughly discredited not only by the professor but by those who have already succumbed to group thinking as well. Without an effective method of regaining control of perception and encouraging “individual analytical thought,” social science and those who seek control will, through these techniques, maintain an advantage.