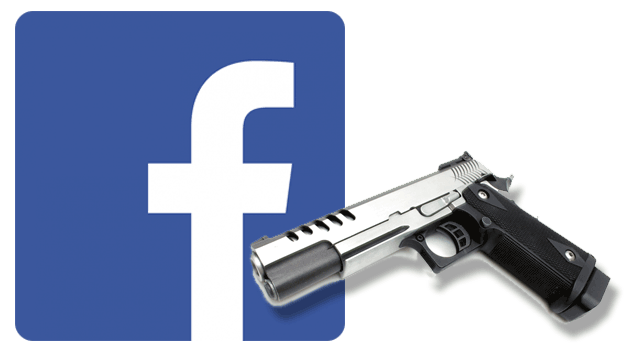 You have to give it to that Mark Zuckerberg guy; hypocrisy rolls right off him and his uber-Left-wing company – a little social media site called Facebook – like water off a duck.

If it’s conservative, Republican, pro-Constitution, patriotic, individual rights-related stuff, well, it’s always suspect on Facebook, where post Nazis scour the pages for the “wrong thinking,” ready to pounce on any miscreant with the threat of kicking them out of the Facebook club if they don’t behave.

Hate and vitriol, as well as violence or threats of violence, are not allowed either. According to Facebook’s Community Standards:

We want people to feel safe when using Facebook… We remove content, disable accounts, and work with law enforcement when we believe there is a genuine risk of physical harm or direct threats to public safety.

Unless, of course, that genuine risk of physical harm is directed at current Republican presidential front-runner Donald Trump.

As reported by the Investment Watch Blog, if you put up a page threatening to, say, assassinate a potential future president who happens to be running for the GOP nomination and who happens to be named Trump, well, that kind of violent threat is okay.

Someone set up a Facebook page titled, “Assassinate Donald Trump,” and then someone else reported the page to Facebook cops claiming, rightfully, that it represented a credible threat of violence – a blatant violation of Facebook Community Standards.

Really? If threatening to kill anyone doesn’t violate a rule against threats of violence, then nothing does

You might be thinking that the qualifier here is the word “credible.” Fair enough; but how does Facebook define “credible?” What are the company’s standards for establishing whether threats are “credible” – is it after the deed is done? Because we’re thinking if anyone had made a page like that for President Obama, Facebook PC police likely would consider that credible (and rightly so, by the way).

Apparently the Community Standards are really open to broad interpretation when The Donald – who is under Secret Service observation and protection, by the way – is the one who’s being threatened.

Maybe if Trump was a displaced migrant, he might get the attention of Zuckerberg’s page Nazis. In a recent townhall forum in Europe, Zuckerberg pledged that his censors would ensure that migrants flowing into the continent would get some special consideration and attention, to make sure nobody hurts their feelings on his site.

“This is an area where we recognize how sensitive it is, especially with the migrant crisis here,” he said, as reported by The Hill. “There’s still work to do. We want to do that, but I think we hear the message loud and clear, and we’re committed to doing better. There’s not a place for this kind of content on Facebook.”

But Facebook has a history of this kind of selective enforcement of its rules, and always in favor of the Left-wing crowd over those who tend to lean right, politically. For instance, in January the social media giant decided to severely limit discussion and sales of firearms.

“Over the last two years, more and more people have been using Facebook to discover products and to buy and sell things to one another. We are continuing to develop, test, and launch new products to make this experience even better for people and are updating our regulated goods policies to reflect this evolution,” Monika Bickert, head of Facebook’s global policy management, said in a statement.