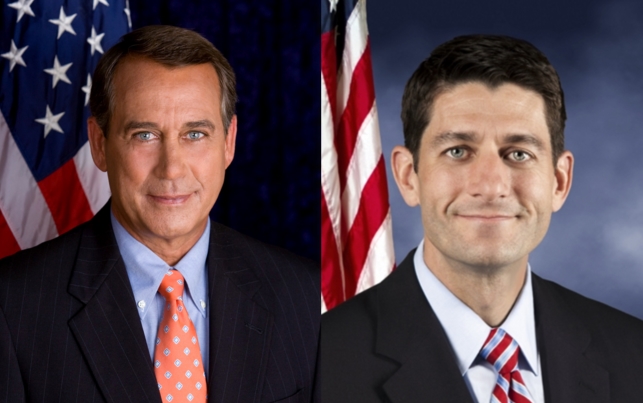 BOCA RATON, Fla. — Former Speaker John Boehner said Paul Ryan should be the Republican nominee for president if the party fails to choose a candidate on the first ballot.

Wading into the GOP nominating battle for the first time since leaving office last fall, Boehner said that “anybody can be nominated” at the convention in Cleveland this summer.

Boehner, who now splits his time between Florida, Ohio and D.C., had long whispered to friends that he believes Ryan could be the party’s political savior if it came to that.

But Boehner never said it publicly until now.

In the same question-and-answer session here, Boehner referred to Ted Cruz as “lucifer.” He previously called the Texas senator, who led the failed Republican effort to shut down the government over Obamacare, a “jackass.”

Ryan and his staff say he doesn’t want the nomination.

“The speaker is grateful for the support, but he is not interested,” said Ryan spokesman AshLee Strong. “He will not accept a nomination and believes our nominee should be someone who ran this year.”

On Tuesday, Ryan told CNBC that he was happy serving as speaker of the House.

“I’m not running for president,” Ryan said. “I made that decision, consciously, not to. I don’t see that happening. I’m not thinking about it. I’m happy where I am, so no.”

Seconds later, Ryan said he hadn’t given “any thought” to a contested convention, and “a lot of people” are running for president.”

It’s possible, of course, that frontrunner Donald Trump will garner the 1,237 delegates needed to win the nomination outright.

Boehner, an Ohio Republican who resigned last fall after pressure from conservatives on Capitol Hill, said he voted for his governor, John Kasich, in the Buckeye State primary. Boehner and Kasich served together in the House for a decade.

Boehner is also friendly with Trump. The business mogul was in the Capitol when Boehner awarded Jack Nicklaus with the congressional gold medal. Both good golfers, Boehner and Trump have hit the links together on several occasions.