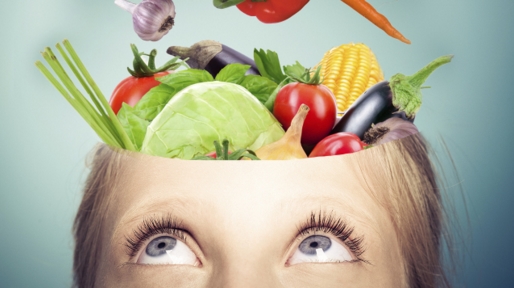 Mental illness is one of the greatest epidemics of modern times and is on par with cancer, diabetes and heart disease. Instead of seeking a cure, however, Big Pharma treats mental illness as just another disease, which can be mitigated by mind altering drugs. Meanwhile, effective nutritional and environmental therapies for mental illness are ignored.

Fortunately, people with mental health disorders aren’t doomed to a life of prescription drugs. In many cases, mental illness isn’t rooted in biology but is a product of nutrition and environmental factors. The below extract is taken from Gary Null and Amy McDonald’s book The Food-Mood Connection: Nutrition-based and Environmental Approaches to Mental Health and Physical Wellbeing, which – as the title suggests – illustrates how food affects your mood.

Chemicals and Other Environmental Factors

In 2006, scientists from the Harvard School of Public Health sounded a long overdue warning: industrial chemicals are responsible for a “silent pandemic” of brain impairment in millions of children around the world. By analyzing publicly available data, they determined that at least 202 chemicals are known to have the capacity to damage the brain. However, only a few [such] as lead and mercury are regulated with regard to children. Because developing brains are significantly more vulnerable to toxicity than adult brains, children are at great risk from common chemicals used in plastics, adhesives, aluminum, paint, nylon, nail polish remover, and more. In recent years, chemical exposure has increasingly been linked to a variety of “subclinical” mental health symptoms (behavior changes, cognitive decline) as well as neurodevelopmental disorders, such as autism, attention deficit disorder (ADD), and mental retardation.

“The human brain is a precious and vulnerable organ,” says Philippe Grand-jean, adjunct professor at Harvard School of Public Health and the study’s lead author. “And because optimal brain function depends on the integrity of the organ, even limited damage may have serious consequences… We must make protection of the young brain a paramount goal of public health protection. You have only one chance to develop a brain.”

Clearly, the mainstream medical and political establishment has a long way to go in recognizing and addressing the serious problem of chemical toxicity. “The government agencies and the higher-ups in the medical political structure are not even half-aware of the complexity of these environmental toxins and their effect on our health,” says Dr. Richard Kunin. “They see it as very rare and therefore don’t include [it] as part of a routine medical checkup. In fact, doctors have been told not to test for toxins, even though these tests are the best way to screen for poisonous metals as well as to identify how much of various substances a person is accumulating in the tissues of his or her body.”

Ignoring the nutritional and environmental influences on mental states is a costly and dangerous business. Both are getting worse. Eating a healthy, balanced diet is the most effective way to ensure that our bodies receive the nutrients we need. Unfortunately, the typical American diet does not meet many of the requirements for good health, and we are paying the price physically as well as mentally. Part of the problem relates to the types and proportions of foods people eat. Just as important is how the foods are grown and processed as they make their way to our grocery shelves and kitchen tables. Scores of people have allergies, sensitivities, or intolerances to foods that they often don’t even know about, all of which could be sources of emotional and mental distress. In the environmental arena, exposure to heavy metals and chemicals such as pesticides also can have devastating consequences for mental health in people of all ages.

Brain food isn’t always good food, but you can learn how to eat smart by purchasing a copy of The Food-Mood Connection: Nutrition-based and Environmental Approaches to Mental Health and Physical Wellbeing here.