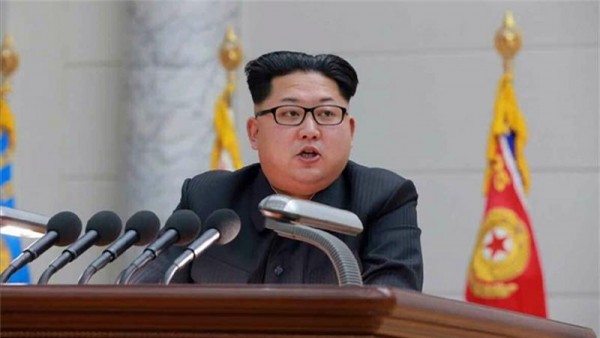 (NationalSecurity.news) The Russian government has issued a stark warning to North Korean leader Kim Jong Un that his bellicose rhetoric regarding preemptive nuclear strikes on South Korea and the United States could be laying the legal groundwork under international law for a preemptive military strike on his country instead.

In a statement issued by the Russian foreign ministry, Moscow said that threats by Pyongyang to deliver “preventative nuclear strikes” are also creating tensions among North Korea’s few remaining allies, which includes Russia.

The Russian foreign ministry statement is also critical of Washington and Seoul for launching the largest joint military drills yet to be held on the peninsula, The Guardian reported.

“We consider it to be absolutely impermissible to make public statements containing threats to deliver some ‘preventive nuclear strikes’ against opponents,” the Russian foreign ministry said in response to North Korea’s threats.

“Pyongyang should be aware of the fact that in this way the DPRK will become fully opposed to the international community and will create international legal grounds for using military force against itself in accordance with the right of a state to self-defense enshrined in the United Nations Charter,” continued the statement, translated by Itar Tass news agency.

The U.S. and South Korea on Monday launched their annual joint military exercises on the Korean peninsula, stepping up military operations in response to North Korea’s recent nuclear test, the country’s fourth, in January, followed by a rocket launch in February.

The Russian statement was critical of Pyongyang’s threats, but it was equally critical of the joint U.S.-South Korean exercises, which it described as placing “unprecedented…military and political pressure on Pyongyang.”

“Naturally, as a state, which is directly named as an object of this kind of military activities, the Democratic People’s Republic of Korea (DPRK) cannot but feel reasonably concerned for its security,” the statement said.

Pyongyang has said the military exercises, set to last until the end of April, are rehearsals for an invasion, but the North has said that many times in the past.

Still, the Russian condemnation of it’s ally is itself remarkable, given Moscow’s historically close relationship with its Stalinist neighbor.

One expert told The Guardian that Russia’s response should have been expected, given the tone of North Korea’s public statements.

“Pyongyang should be learning that the types of threats they continue to make will have consequences,” Daniel Pinkston, a Seoul-based North Korea researcher at Troy University, told the paper.

“The security dilemma dynamics that the behaviour and rhetoric set in motion are making Son’gun Korea less secure, not more secure,” he added. “This is the flaw in their national security strategy, and it will continue to be exposed in the future.”

Another expert said that the Moscow statement may instead be a warning to Pyongyang of what other nations may do, not Russia itself.

“Russia is pointing out to North Korea that its inflammatory rhetoric risks giving its opponents – primarily South Korea and the US – just cause to pursue military action against it,” said regional expert Christopher Green.