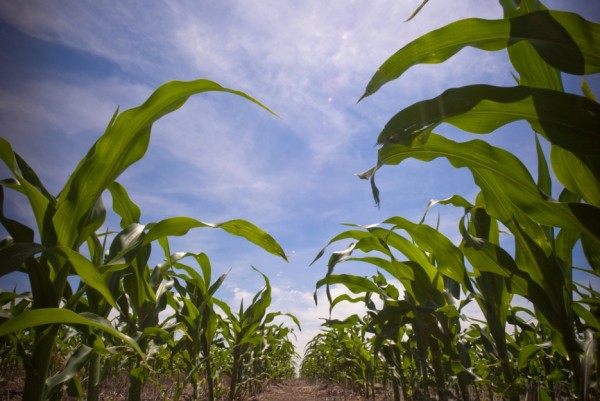 For nearly three years now, seed giants Monsanto, Syngenta, DuPont Pioneer and Dow Chemical have been prohibited from growing genetically-modified maize in Mexico, an area that first domesticated the crop more than 8,000 years ago.

The ban went into effect after a federal judge suspended authorizations to grow GM maize in 2013, but an attempt to suspend the controversial crop indefinitely was denied last August by Mexico’s 12th District Federal Court for Civil Matters.

However, a new class action lawsuit filed by farmers, scientists, and social movements to prevent the planting of GM maize has resulted in a victory. Plaintiffs were able to successfully demonstrate “the illicit presence of transgenes in native maize crops,” according to GM Watch, a violation of Mexican and International laws.

The court’s decision, issued by Judge Benjamín Soto Sánchez, prevents the Mexican Agriculture Department from granting release or cultivation permits for GM maize “until the collective trial promoted by scientists, specialists and farmers is definitively resolved.”

“Today, we can claim that the precautionary banning measure is definitive until the collective trial or an appeal trial is resolved,” said defenders of native maize in a press release.

Scientists and specialists signing and heading the collective complaint have no conflicts of interest, since they don’t depend on or have any relationship with transnational companies.

Among the plaintiff scientists are Antonio Turrent Fernández, agronomist; Víctor Manuel Toledo, in the socio-environmental area; Julio Glockner and Narciso Barrera Bassols, in the anthropology, history and culture areas; Raúl Hernández Garciadiego, in ethics and gastronomical heritage; Miguel Concha Malo, director of the Fray Vitoria Center, in the Human Rights area, and Luciano Concheiro and Patricia Moguel in the food heritage area.

Judge Soto Sanchez also ruled that if experimental crops are found growing in Mexico, they will be “subject to control and a monthly assessment by the federal judge and the scientists winning this legal battle.”

While some experimental crop cultivations are allowed in Mexico, this new ruling gives a judge the power to revoke such experiments if the crops are found to be inefficient or harmful to the public.

“Furthermore, transgenic maize intended to be cultivated for research purposes and using glyphosate-based herbicides will be assessed by judges and the plaintiff scientists.”

Glyphosate-based herbicides are also under fire in Europe. Four member countries including Italy, The Netherlands, Sweden, and France delayed a vote to approve the re-licensing of glyphosate, the primary ingredient in Monsanto’s Roundup.

The objection resulted in a delayed vote in Brussels that was expected to rubber stamp licensing of the widely used weed killer for another 15 years. Due to the recent opposition, the European Commission may propose reducing the length of the license, or develop a list of “co-formulants” that may either be eliminated or completely banned, according to the Guardian.

But neither suggestion is satisfactory to The Netherlands, which is pushing for further evaluation of glyphosate to determine its threat to humans and the environment, referencing the conclusion reached by the World Health Organization last spring that glyphosate is “probably carcinogenic.”

A new way of farming

If a decision is not reached by the end of June, Monsanto’s license for glyphosate will expire.

As countries around the world continue to restrict and/or ban GM crop cultivation, organic farming has emerged as appealing alternative. It wasn’t until last year that a law governing organic food production was implemented in Mexico.

However, the country is still a long ways off from producing quality organic food. “Quality organic agriculture is not easy,” said Luis Elizondo, who along with his wife became certified organic farmers more than a decade ago.

“It takes at least three years to learn,” he added. “Being ‘organic’ is a brand used to sell [products],”said his wife Dorita Elizondo. “Consumers don’t know the law and don’t know what it means to be organic. So they settle with being told that something is organic.”

But the organic revolution will continue to unfold in Mexico as government continues to enact restrictions on GM crops and their associated herbicides, and as Mexican citizens raise the demand for cleaner, healthier food.

Visit FoodForensics.com to learn more about the benefits and harmful effects that food can have on you.