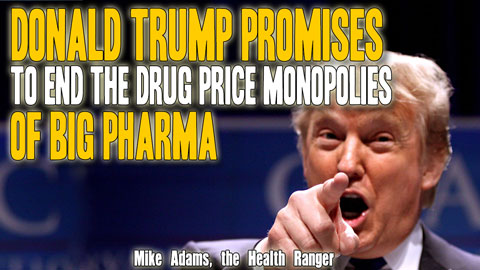 One of the main reasons the “establishment” is trying to destroy Donald Trump is because the entire establishment is funded by Big Pharma drug profits. And Trump promises to take away those unethical profits by forcing Big Pharma to compete in a proper bidding process that would save the government hundreds of billions of dollars.

Because Big Pharma funds the media, the media is waging an all-out attack on Trump. Big Pharma also runs Washington and has bought off nearly everyone. But Trump can’t be bought off. He doesn’t need the money!

Learn more at //Newstarget.com and //Trump.news