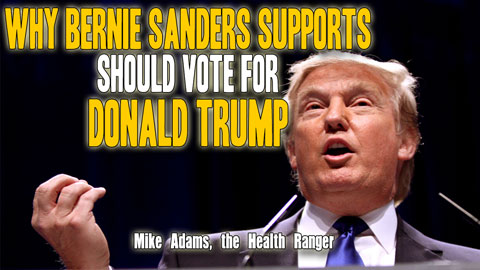 If you’re a Bernie Sanders supporter, this podcast explains why you should vote for Donald Trump.

It’s also pretty hilarious that you thought the democrat party would leave the choice of its nominee up to the voters. Hilarious!

Suddenly, Bernie supporters are growing up and waking up and realizing IT’S ALL RIGGED.

And who is rigging it? The establishment insiders like Hillary Clinton.

That’s why the only rational vote for real change is a vote for Donald Trump.

Learn more at //Trump.news and //Clinton.news

Hear more of my podcasts at //HealthRangerReport.com