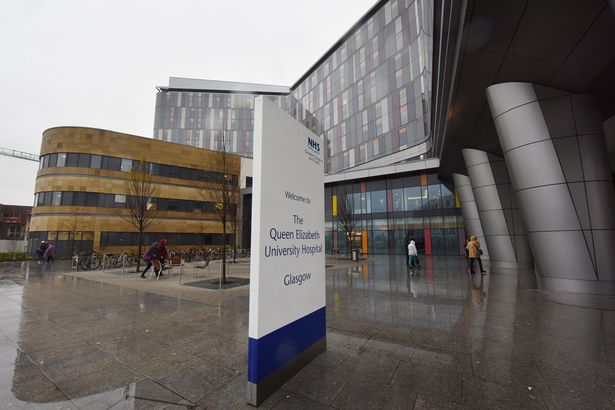 Ebola is the deadly virus that just keeps on giving, so to speak, and a nurse in Great Britain who thought she was free of the disease two years ago has just found out she’s still got it.

As reported by the UK-based Independent, Pauline Cafferkey was recently re-admitted to a British hospital – for the third time since contracting the deadly virus. Cafferkey, 39, initially came down with Ebola while working at a medical clinic treating the disease outbreak in Sierra Leone; she was initially flown back to Britain for treatment in December 2014.

Once in Britain she spent about a month in an isolation unit at Royal Free Hospital in London where, eventually, she made a recovery and was released, the Independent noted. But she became sick again in October 2015, being treated in the same hospital for meningitis that was caused by the virus. At one point during her second hospitalization she was deemed “critically ill.”

She was discharged from the hospital in November after improving once again, then transferred to Queen Elizabeth University Hospital in Glasgow, Scotland, to continue her convalescence.

Eventually Cafferkey returned home again but has now been re-admitted once more, again to the Glasgow hospital, Britain’s National Health Service confirmed to the Independent. However, it’s not yet clear why, as details of her condition have not yet been released.

“Under routine monitoring by the Infectious Diseases Unit, Pauline Cafferkey has been admitted to hospital for further investigations,” said an NHS Greater Glasgow and Clyde spokesman, adding that there would be no published updates on Cafferkey’s condition, to protect her privacy.

Previously, she was treated with an experimental anti-viral drug known as GS5734, which was under development by Gilead Sciences, a U.S.-based drugmaker. That said, the Independent reported further that doctors have not disclosed whether they believe that the experimental medication was effective.

In November, Royal Free official said Cafferkey – know in Britain as “the Ebola nurse” – had made a complete recovery and was no longer infected. But that may not be the case.

U.S. health officials were unnerved by the outbreak. “The level of outbreak is beyond anything we’ve seen – or even imagined,” Dr. Thomas Friedan, head of the Centers for Disease Control and Prevention, said.

Moreover, as NaturalNews reported at the outset of the outbreak, there are several truths about Ebola that government officials didn’t want the general public to know. They include:

At the outset and as the virus began spreading rapidly, health officials in Africa and elsewhere admitted they didn’t have a clue as to how to control the spread.

“It is impossible to keep up with the sheer number of infected people pouring into facilities. In Sierra Leone, infectious bodies are rotting in the streets,” said Dr. Joanne Liu, the international president of Doctors Without Borders.

Michael T. Osterholm, director of the Center for Infectious Disease Research and Policy at the University of Minnesota, in Sept. 2014 added: “What is not getting said publicly, despite briefings and discussions in the inner circles of the world’s public health agencies, is that we are in totally uncharted waters and that Mother Nature is the only force in charge of the crisis at this time.”

Initially the general public were told that the virus was not airborne and could not be spread via contaminated surfaces. Not so.

“In 2012, a team of Canadian researchers proved that Ebola Zaire, the same virus that is causing the West Africa outbreak, could be transmitted by the respiratory route from pigs to monkeys, both of whose lungs are very similar to those of humans,” Osterholm said.

There are several other things health officials were withholding from the public, including the fact that there are no effective vaccines for Ebola. Read the full report here.