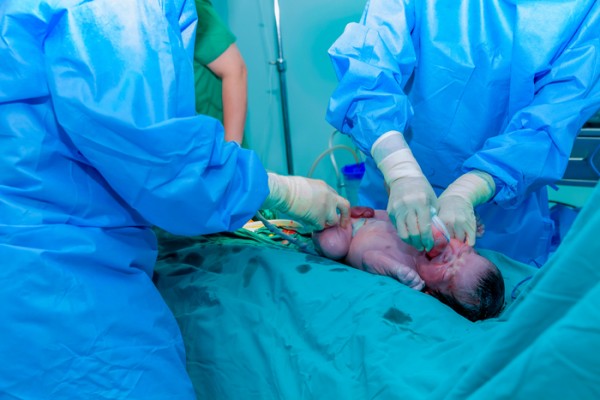 A mysterious phenomenon has been plaguing the fertile Yakima Valley region of Washington. For years, a growing number of babies have been born with major birth defects, one of which is anencephaly, a particularly horrifying condition which causes babies to be born without much of their brain and skull.

“I was just stunned,” Sara Barron, a nurse in the area, told CNN. “Three in a couple-of-month period of time … that’s unheard of, and they have such tragic, terrible outcomes.”

Mandy Stahre, an official of the Washington State Department of Health, admitted that she and other investigators are stumped.

“We have not found an answer, and that’s a very frustrating part, because this is such a devastating diagnosis for a woman to have,” she said.

Despite the seeming lack of a conclusive answer, however, Barron is considering the possibility that authorities may not have investigated the case thoroughly enough. For one, she says that the health department has not spoken to any of the parents whose babies were born with birth defects.

For instance, Andrea Jackman, whose daughter Olivia was born with another type of neural tube defect called spina bifida, said she wasn’t asked anything at all by state investigators.

If the state failed to cover even the most basic step in conducting this investigation, how are we supposed to believe their “findings?” At any rate, Stahre claims investigators examined data in each parent’s medical record to determine what sort of prescription drugs they were taking and what preexisting medical conditions they had.

“The study examined medical records from January 2010 through January 2013 and looked at possible risk factors including family history, pre-pregnancy weight, health risk behaviors such as supplemental folic acid and medication use, and whether the woman’s residence received drinking water from a public or private source. No significant differences were found when comparing cases of anencephaly with healthy births in the three county area,” said a health department press release.[PDF]

Indeed, the health department, in its press release, even admitted: “Medical record reviews might not have captured all information, preventing a cause from being identified.”

So, why not talk to the mothers in the first place?

“Well, we have to weigh that,” said Stahre. “This is a devastating diagnosis, and we know that for a lot of these women, they had to make some hard choices. We do have to weigh about how invasive we want to be with these types of reviews.”

While the state might have had a valid reason for not immediately approaching mothers for information, at least one mother – Jackman – said she would have “been fine” with being questioned. She wants answers so that other mothers don’t have to go through the same thing.

Is what’s happening in Washington State a concrete manifestation of corporate-sponsored depopulation? Are we – and our babies – being slowly poisoned to death without our knowledge?

Until and unless the state, or another independent investigative body, does a thorough and objective investigation into this issue, we might never know for sure.