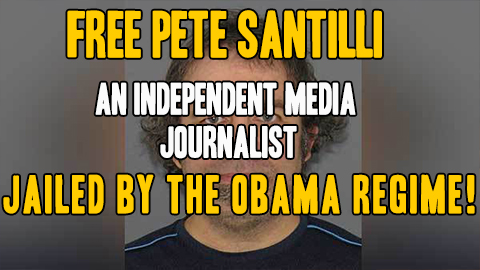 Pete Santilli is a political prisoner of the Obama regime, a totalitarian system of oppression that now CRIMINALIZES speech that’s critical of the federal government.

Pete Santilli was arrested by the FBI in Oregon because of his independent journalism reporting on the BLM land grab from ranchers. The FBI didn’t like what Pete said, so they arrested him and charged him with multiple felony crimes.

Pete now faces SIX YEARS in federal prison for being a journalist!

Donate to his legal defense fund at:
//thepetesantillishow.com/donate/