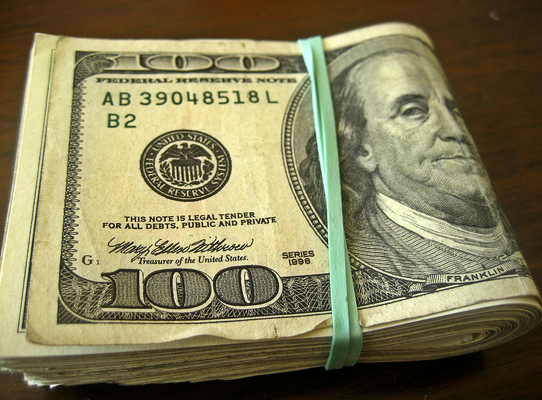 In case you haven’t heard, the Oregon state legislature has recently approved a new minimum wage, and Governor Kate Brown has already agreed to sign it. This minimum wage law will be very different from the wage laws of most states, in that it will vary on a region by region basis. There will be gradual increases in each city and rural county until the year 2022. At that point, the city of Portland will have a minimum wage of $14.75, smaller cities will be at $13.50, and rural areas will be at $12.50.

(Article by , republished from //www.thedailysheeple.com/this-is-why-the-minimum-wage-is-such-a-horrible-idea_022016)

But for all their good intentions, the leftists that pushed this legislation through have no idea what they’re in for. It will be rife with unintended consequences. Take for instance, what happened in Seattle shortly after their city council approved a $15 minimum wage. Before the wage increase even went into effect, restaurants all over the city crunched the numbers for what it would mean to their bottom line, and shuttered their doors. And for those who are still employed, the minimum wage increase hasn’t really helped them at all. Here’s what two cleaning ladies told the Seattle Times last year:

The cleaning woman responded, “It sounds good, but it’s not good,”

“I lost my 401k, health insurance, paid holiday, and vacation,” she responded. “No more free food,” she added.

The hotel used to feed her. Now, she has to bring her own food. Also, no overtime, she said. She used to work extra hours and received overtime pay.

“I have to pay for parking,” she said.

I then asked the part-time waitress, who was part of the catering staff.

“Yes, I’ve got $15 an hour, but all my tips are now much less,” she said. Before the new wage law was implemented, her hourly wage was $7. But her tips added to more than $15 an hour. Yes, she used to receive free food and parking. Now, she has to bring her own food and pay for parking.

It’s simple economics really, which apparently the purveyors of the minimum wage have no knowledge of. They artificially raised the price of services across the board, and look what happened? The businesses that couldn’t afford it either shut down or laid off workers, and the businesses that could afford it simply shifted some money around by eliminating benefits and putting those dollars toward wages.

Big surprise right? We’ll probably see the same thing happen in Oregon before these wage increases are enforced. Businesses owners in that state are saying and thinking the same thing the restaurateurs were saying in Seattle last year.

What the supporters of a higher minimum wage just don’t get, is that it hurts poor unskilled workers the most. They want to believe that it will help these people attain a livable wage, but it won’t. In fact, when states or cities try to raise the minimum wage, it often forces their low skilled workers to move to different states for better work opportunities. The minimum wage is a job killer that takes work away from people who need it the most. And in any case, those who do still have a job now have to pay more for goods and services in certain industries, now that there is no cheap labor.

It also sets the bar too high for workers that lack experience. Think about it. Whenever a business hires a new employee, they’re taking on a big risk. It costs money to train new people, and they have no idea if these people will work out. The less experienced they are, the more risk it entails, and thus they pay these workers less money to hedge those risks. With any minimum wage, it’s difficult, and sometimes impossible, for the newest members of the job market to attain their first work experience. Is it any wonder why all over the developed world, the youngest demographics have the highest unemployment rates? Surely this is a contributing factor.

To those that support a higher minimum wage, or any minimum wage for that matter, this isn’t rocket science. At the end of the day, some jobs simply aren’t worth that much money, no matter how much you pout about how unfair the world is. And when you set a minimum wage, what you’re really doing it outlawing all jobs that are worth less than that arbitrary amount.

It sounds pretty dumb when you put it that way, doesn’t it?