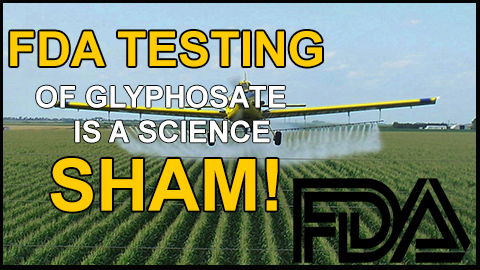 The FDA’s testing of glyphosate is a total science SHAM! The agency’s announcement is nothing more than “scientific theater” to PRETEND to test foods for glyphosate, all while claiming glyphosate is completely safe no matter what levels are found.

As the director of an analytical food science lab, I am intimately familiar with food contamination testing protocols and state-of-the-art scientific protocols. I can tell you how the FDA will fake their tests: They will use a lousy glyphosate method with low “recoverability” in order to produce artificially low findings.

When it comes to glyphosate, the FDA, EPA and USDA are all engaged in “scientific theater” designed to deceive the public and protect the profit interests of Monsanto, Syngenta, DOW Chemical and other poison pushing corporate giants.