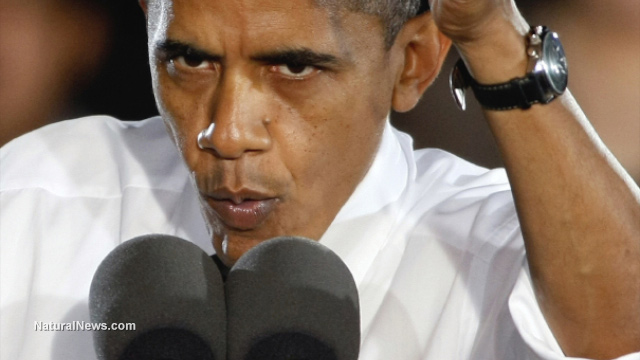 In the wake of the Fast and Furious gun-running controversy, the Obama Administration was forced to turn over 42,000 pages of related documents in response to a lawsuit filed by Judicial Watch under the Freedom of Information Act.

The documents, which were handed over on November 18, 2014,  were posted on the Judicial Watch website. One of these sets of documents contains an email conversation between White House Deputy Press Secretary Eric Schultz and Attorney General Eric Holder’s top press aide, Tracy Schmaler, in which the two discussed a plan to pressure the CBS News network into silencing reporter Sharyl Attkisson.

The email provides solid proof that the Obama Administration conspired with the Department of Justice to stop a journalist from investigating the Fast and Furious scandal. Attkisson was one of the only mainstream journalists involved in covering the story.

In the October 4, 2011, email, Schrader referred to Attkisson as “out of control” and said that he planned to contact CBS News anchor Bob Schieffer to have the network stop her from reporting on the story.

Schultz’s reply: “Good. Her piece was really bad for the AG.”

Attkisson, who left CBS in March, has said that the network discouraged her from pursuing the Fast and Furious story — among others, including Benghazi — and that evidence points towards the White House having “an identified list of reporters who may be troublesome… to the administration, who they may have targeted.”

Shortly after the Fast and Furious story broke, Attkisson’s work and home computer were hacked, with what experts said, “appeared to be connections to proprietary software used exclusively by government agencies.” This type of software is used by such agencies as the CIA, NSA and FBI.

Attkisson has written a book, Stonewalled: My Fight for Truth Against the Forces of Obstruction, Intimidation, and Harassment in Obama’s Washington, the title of which says it all.

According to Attkisson, there has been a history of suppression of the press by the Obama camp. Many networks, including CBS and C-SPAN, simply cave in to the pressure, avoiding subjects the administration doesn’t like to see covered.

In an interview with Newsmax TV, Attkisson said:

I don’t think it’s a secret that these tactics are used… how interviews are held back or at least threatened to be held back by administration officials if broadcasters don’t cooperate a certain way, or if they color outside of the lines and perhaps attack stories that the administration doesn’t want them to attack.

She also noted that the administration has not only intimidated and harassed journalists but also “given a great deal of factually incorrect and disproven information in many different circumstances.”

In other words, the Obama camp suppresses legitimate journalistic investigation while creating its own version of events.

Once again, this presidency has seemingly forgotten its promises of “transparency” and continues to reject ethical considerations and the rule of law in pursuing its agendas.

A free press is one of the foundations of a free country. In America today, the mainstream press is owned by a handful of corporate media giants, who, along with the government they bought and paid for, expect their reporters to focus on “safe” subjects only.

Once the press is no longer free, we are no longer free citizens. Stripping the press of its autonomy is one of the key strategies employed in establishing a dictatorship. We can’t afford to let that happen here.