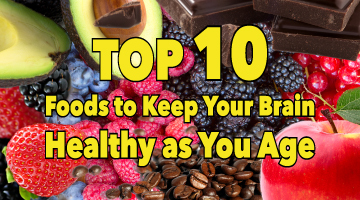 In addition to exercising your brain by thinking, consuming the right food also can contribute positively to maintaining a sound mind as the years advance. Of course, everyone’s mental capacity declines to some degree as they progress through their senior years, but eating the “brain foods” on the list below may substantially lessen the decline, and perhaps even prevent it.

1. Apples
According to studies published by Cornell University food scientists in the Journal of Food Science and the Journal of Agricultural and Food Chemistry, certain chemicals in apples can protect the brain from certain types of damage that may trigger such neurodegenerative diseases as Alzheimer’s and Parkinsonism. One of the scientists claims the evidence “shows that additional apple consumption not only may help reduce the risk of cancer, as previous studies have shown, but also that an apple a day may supply major bio-active compounds, which may play an important role in reducing the risk of neurodegenerative disorders…” (Ref 1)

3. Berries
Researchers with the Human Nutrition Research Center on Aging at Tufts University have found strong evidence that blueberries, blackberries, strawberries, and other berry fruits have beneficial effects on the brain. According to their research, the high amounts of antioxidants in berry fruits protect brain cells from damage and also change the manner in which neurons communicate. This may prevent neuron-damaging inflammation. Components in berries also improve cognition and motor control. (Ref 3)

4. Caffeinated Coffee and Tea
According to researchers at Johns Hopkins University, caffeine has a positive effect on our long-term memory – which should be good news for the 90% of the world’s population who consume caffeine. The scientific evidence, as presented in the journal Nature Neuroscience, concludes that caffeine enhances certain memories during the initial 24 hours after consumption and possibly longer. (Ref 4)

5. Coconut Oil
Coconut oil as a memory enhancer has become very popular in alternative medicine circles. This is based on the belief that ketone chemicals [substances that created when the body breaks down fat for energy] in the oil helps restore the brain’s function in Alzheimer’s patients. Skeptics, such as Richard Veech of the National Institutes of Health, assert that to be effective the amount of coconut oil to produce these chemicals would have to be so great as to be unrealistic. However, many continue to attest to the enhancement of general cognition by the use of coconut oil. (Ref 5)

6. Dark Chocolate
According to a study published in an online edition of the medical journal Neurology, drinking two cups of hot chocolate a day may help older people maintain a healthy brain and clarity of thought. (Ref 6)

Chocolate’s health benefits are attributed mostly to flavonoids, molecules found in plants and vegetables thought to promote health through cell signalling pathways and antioxidant effects. However, a study published in the journal Hypertension concluded that the cognitive benefits of chocolate are  related primarily to better insulin sensitivity, which affects blood sugar control as well as brain function. In general, the darker the chocolate, the more flavonoids. (Ref 7)

7. Salmon
Salmon is high in omega-3 fatty acids, which provides many benefits. In addition to improving learning and memory, it can be effective in helping to prevent various mental disorders. (Ref 8) Interestingly, the consumption of fish in general might have played a key role in the evolution of the human brain to its current size. Based on new evidence that early hominids ate a diet rich in aquatic life, including reptiles such as crocodiles.

9. Red Wine
Wine, like chocolate, is high in flavonoids, which can cause neurons to form new memories. They also aid in the creation of new neurons, which helps the brain recover from exposure to toxins as well as the consequences of advancing age. Studies also show that flavonoids actually enhance blood flow to active brain regions. Red wine also contains resveratrol, a natural antioxidant which academic studies have linked to improved memory and learning. Needless to say, the brainy benefits of wine depend on its moderate use. Consuming too much of it will definitely not keep a brain healthy, though it has been known to aid in the production of poetry.

10. No Food at all?
The National Institute on Aging declares that fasting twice a week can lower the risk of dementia. One of the institute’s scientists says that stressing the brain through fasting has the same beneficial effect as stressing muscles though exercise. Fasting also forces the brain to create new cells, making the brain more resistant to protein plaques that contribute to Alzheimer’s and the damage caused by Parkinson’s. 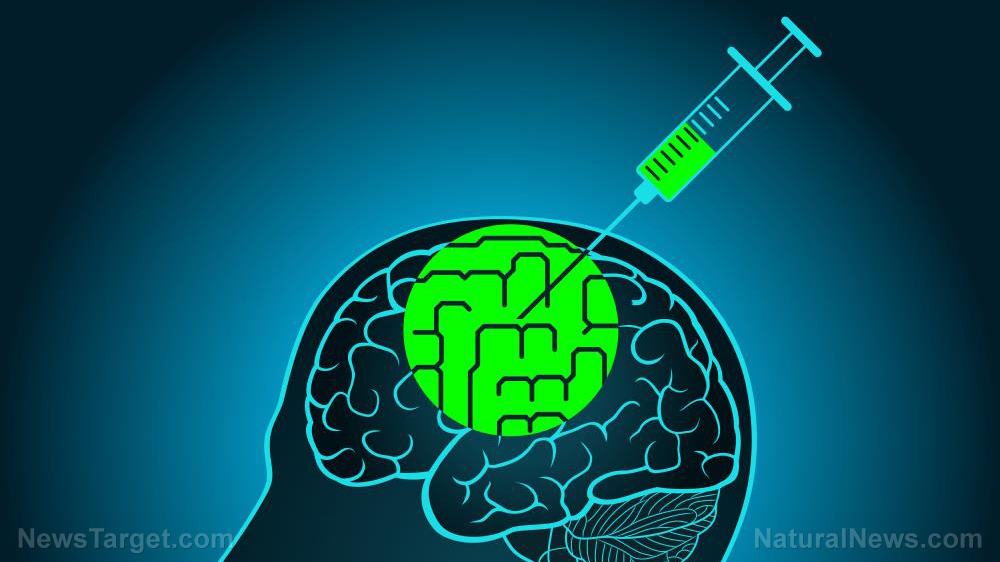