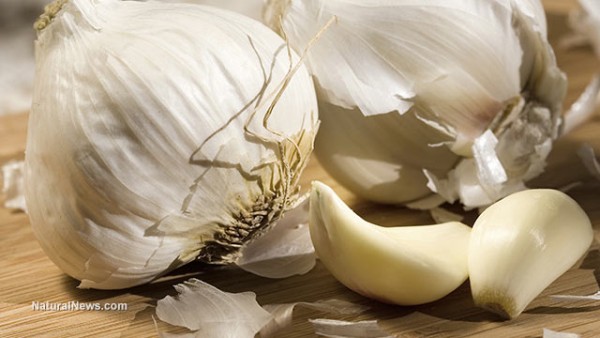 The world is now suffering from an over-prescription of antibiotics. As a result, people have grown immune to the effects of such medicines, thereby exposing themselves to a host of illnesses and infections. To counter the effects of the impending “antibiotic apocalypse,” here are some powerful, naturally-occurring antibiotics that help get rid of diseases, without the side effects of typical prescription drugs:

Thanks to its active ingredient, allicin, garlic has long been used as a potent antibiotic, with antiviral, anti-fungal and antimicrobial properties that can help ward off bacteria. It is also very high in natural antioxidants that destroy free radicals, thereby supporting a stronger immune system.

In the early 1900s, Alfred Searle, founder of the Searle pharmaceutical company, discovered that colloidal silver could kill even the most deadly pathogens. By applying it to human subjects, Searle was able to discover that colloidal silver was rapidly fatal to microbes without toxic action on its host.

Recent research has also shown that it can destroy antibiotic resistant microbes like MRSA, the bird flu and SARS.

Oil of oregano, with its key antimicrobial ingredient carvacrol, takes care of pathogenic bacteria without disrupting beneficial bacteria. It is also antiviral and anti-fungal, thereby making it a powerful three-in-one combination that rivals pharmaceuticals without encouraging antibiotic resistance.

Take note, however, that your source should be at least 70 percent carvacrol content in order to be effective.

For hundreds of years, echinacea has been known to treat a wide variety of diseases. Traditionally, it was used to treat open wounds, diphtheria, blood poisoning and other bacteria-related illnesses. Today, this herb is used mostly for colds and flu, due to its ability to destroy the most dangerous forms of bacteria, such as staphylococcus aureus.

The most palatable antibiotic in this list comes in the form of manuka honey. By applying the honey topically, you can prevent the spread of a wide range of pathogens, including MRSA and flesh eating bacteria. Moreover, it was also discovered that the treated bacteria did not build up any resistance, which would eventually render manuka honey ineffective.

While this may not be an exhaustive list of natural antibiotics, taking these five natural remedies into consideration the next time you feel unwell, could definitely make a positive and noticeable difference to your health. Also, consider adding reishi, pau d’arco, una de gato, olive leaf extract, cloves, turmeric and even lemons, to your antibiotic arsenal the next time you decide to go grocery shopping. You definitely won’t regret it!