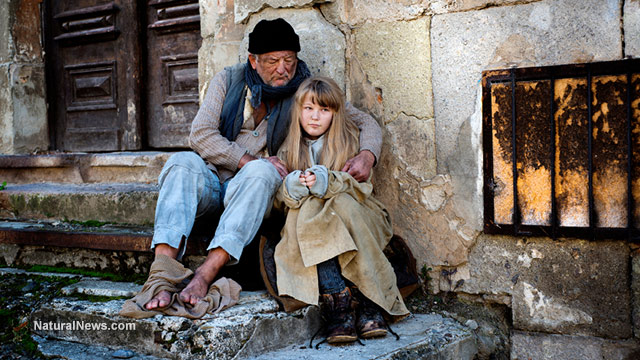 On any given night, more than half a million homeless Americans can be found sleeping on the streets, in shelters, in cars or in tents. One in four of these unfortunates is a child, nearly one in ten a veteran.

Many of the homeless suffer from mental illnesses or drug and alcohol addictions; many others are simply down on their luck and can’t find jobs. Some have jobs but still cannot afford housing.

The problem is not going away anytime soon. Although many states have witnessed a decrease in their homeless populations in recent years, others are reporting significant increases.

Tent cities provide refuge for thousands of homeless people across the country. They can be found in nearly every state, and, although it’s difficult to keep an accurate tally, there were more than 100 of them documented in the period between 2008-2013. Most of these are not officially sponsored, and are increasingly being shut down by local law enforcement authorities.

“Despite the benefits tent cities often provide occupants, and although American cities are grappling with a chronic shortage of affordable housing for the poor and budget constraints on social programs, many municipalities across the United States are clamping down on homeless encampments.

“Citywide anti-camping bans have increased by roughly 60 percent since 2011, according to a 2014 report from the National Law Center on Homelessness & Poverty (NLCHP), a research group.”

And although it would be expensive to build homes for more than half a million people, many concerned observers believe that the cost of not housing the homeless is even greater.

At present, there are only a dozen or so legal encampments in the country, but some cities such as Seattle, Washington, and Portland, Oregon, along with a handful of others, have voted to allow the construction of new tent cities:

“Seattle has voted to permit three tent cities, with Mayor Ed Murray declaring homelessness a ‘full-blown crisis’ following the death this year of 66 homeless people on the streets or in illegal campsites, and a 21 percent jump in the King County homeless population since 2014.

“By month’s end, there could be at least five well-established encampments on private and public lands in the Seattle area, including two on city property near downtown.”

Perhaps cities such as Seattle should be applauded for their efforts to address the homeless problem, but are tent cities really a solution?

And is it not shameful to let the disadvantaged shiver in tents (legally sanctioned or not), while we roll out the red carpet to welcome streams of refugees from the Middle East – refugees who are given more opportunities than the homeless children and veterans who were actually born here?

It’s been said that a society will be judged on the basis of how it treats its weakest members. And although it is true that we have somehow managed to create a society in which many feel a sense of entitlement without having to work for it, it still seems morally wrong to allow children and those who have served our country to live in the streets, especially while we open our borders to international refugees.

Something is deeply out of balance regarding our priorities in America.

We should solve the problems within our own borders first – and homelessness is a good place to start – before opening our arms to those of other nations. Even if there were no threat posed by the influx of Middle Eastern refugees who almost certainly include a radicalized element among them, we owe it to our own citizens to take care of their needs first.