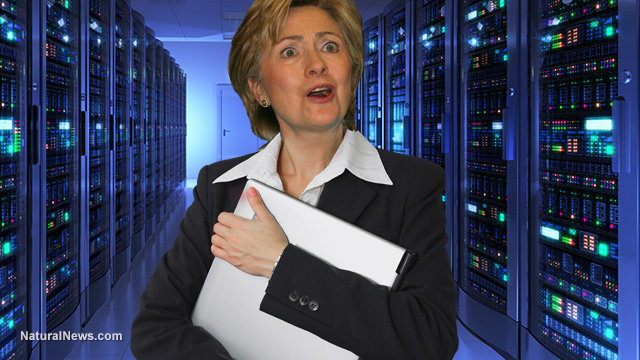 An official review of emails gleaned from Democratic presidential contender Hillary Clinton‘s personal server that was used during her time as secretary of state, has confirmed earlier findings that at least two of the emails contained classified materials, Fox News reported shortly before Christmas.

The intelligence community review reaffirmed that the two emails indeed were “Top Secret” when they hit Clinton’s personal, unsecured server, despite challenges to that designation by the Obama State Department, which has been in full protection mode since the story first broke.

Two sources who spoke exclusively with Fox News described the dispute over the emails’ designation as a “settled matter” at the highest levels. The news channel reported further:

“The agencies that owned and originated that intelligence – the CIA and National Geospatial-Intelligence Agency or NGA – reviewed the emails to determine how they should be properly stored, as the State Department took issue with their highly classified nature. The subject matter of the messages is widely reported to be the movement of North Korean missiles and a drone strike. A top secret designation requires the highest level of security, and can include the use of an approved safe.”

Crimes have been committed

Upon taking her oath of office, Clinton would have had to formally agree to protect all classified information. That could not be assured, however, since her personal email server, which was hidden in her home in New York State, was not secured, meaning it was liable to have been hacked by foreign powers. In fact, The Associated Press reported in October that her server was subjected to hacks from North Korea, China and Germany.

The two sources, who spoke on condition of anonymity, said that while the emails were “top secret” when they hit Clinton’s server, one of them remains under that designation to this day, and as such must be handled at the highest level of security. The second email is still considered classified, but at the lower “secret” level, since some information contained in it is now publicly available.

The intelligence community has transmitted its findings to the State Department, where officials are continuing to try to protect Clinton by disputing the conclusions regarding the emails. However, State has no authority to change the classification of the emails since they originated with other federal agencies.

“On Nov. 6, Politico reported that the intelligence community was retreating from the ‘top secret’ classification, a development that could have helped Clinton’s presidential campaign deflect allegations about mishandling classified material. Fox News can confirm it is true the handling of one email has changed since it was drafted and sent, but this change has no bearing on the ‘top secret’ nature of the emails when first received on Clinton’s server. And this is what matters to the FBI probe.”

FBI Director James Comey, who was confirmed to his 10-year post by a wide majority in the Senate, enjoys the respect of both parties. He has said that he would pursue the evidence in the case and recommend charges for Clinton if that’s what the evidence shows. As John Linder, former member of Congress, wrote at The Blaze in August, Clinton ought to be worried that Comey is on the case because he has demonstrated integrity in following the law and the Constitution, as he demonstrated while acting as attorney general during the Bush administration.

“The facts are not in dispute. Mrs. Clinton used a privately owned and maintained server for her email communications. She comingled personal and government correspondence,” he wrote.

“Federal law requires that classified information be handled on a secure government system. It is a crime to handle them otherwise.”