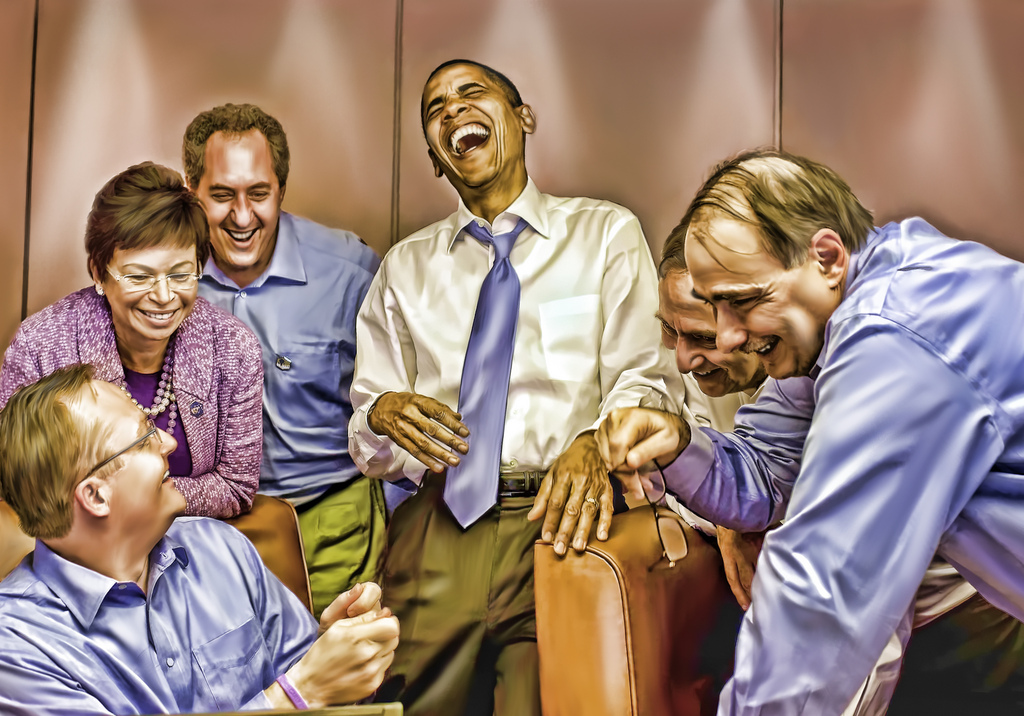 (Freedom.news) Another year in the White House, another massive over-the-top federal budget request from President Obama that yet again kicks the deficit can down the road for the next president and Congress to deal with.

As reported by the Washington Times, the man who once called President Bush’s outsized spending “unpatriotic” and “irresponsible” wants to spend a whopping $4.14 trillion while relying on mystical, magical forces to “balance” it all out.

In submitting the budget to Congress Tuesday, Obama’s plan calls for reliance on liberal assumptions of tax hikes, immigration reform and [a-hem] economic growth, the latter of which hasn’t happened much since the president took office.

As has always been the case, total federal spending under Obama’s budget would rise – this time about 5 percent – though discretionary spending would increase by less than 1 percent, and most of that in defense programs.

In a message to Congress accompanying his budget, Obama said his final spending plan “is about answering the big questions that will define America and the world in the 21st century.” Some of the biggest spending increases are directed at addressing a phony problem – man-caused global warming – as well as a $10-per-barrel charge on oil to pay for more wasted money on clean energy initiatives that have never panned out, and free community college, a Bernie Sanders favorite.

House Speaker Paul Ryan, R-Wis., said Obama’s budget looked like “a progressive manual for growing the federal government at the expense of hardworking Americans” – a throwaway line, for sure, but true nonetheless.

“President Obama will leave office having never proposed a budget that balances — ever,” Ryan said in a statement. “Americans deserve better. We need to tackle our fiscal problems before they tackle us.”

Then again, Congress has done everything in its power to hand Obama the reins by approving all of his spending plans through the years, cowering to the media’s threats of blaming majority Republicans for any “government shutdown” that, in reality, would be the president’s fault for not signing a budget the GOP, as the majority party, has ever right to craft. Obama’s never been one to compromise with a Republican-held Congress, so the rap on the GOP leadership has been why they’ve been so eager to cave in to him.

Still, while there is much blame to go around, Americans also have to shoulder some responsibility. While many complain about high rates of taxation and spending, most don’t want any programs cut. We can’t have it both ways.

For it’s part, the Republican National Committee says that Obama’s final budget has Hillary Clinton’s fingerprints all over it, “from higher spending on renewable energy and job-training programs to aid for coal-mining communities to help those who lose their jobs,” the Times reported.

That may be, but tax experts have really put their finger on the problem: While his current budget may reduce deficits slightly through 2017, they begin to rise dramatically after that, to nearly $800 billion annually. Obamacare, the president’s crowning policy achievement, is already starting to suck up more money than we were told it would, adding this new entitlement to the other legacy budget-busters – Social Security, Medicare and Medicaid.

There will be some political back-and-forth on the budget as their always is, and again, too few politicians and presidential contenders will talk about the fiscal damage outsized budgets are doing, long-term, to our country. In the end, though, Obama’s last budget will only add to a problem he once decried, and Congress will be complicit.