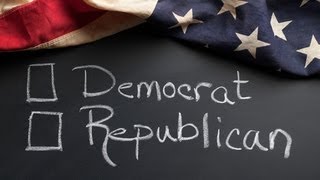 I once wrote a series of articles dealing with a concept I like to refer to as “Critical Projection Theory.” Essentially, this theory  discusses how the Democrat Party makes excuses for its own failures by projecting them on to Conservatives and blaming the country as it was originally founded. This theory covered everything from the fact that it was the Democrat Party responsible for segregation, to the terrible, impoverished inner city communities many black people live in today. Communities that have been governed by Democrats for many decades by the way. 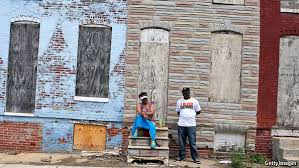 Democrats  have a habit of using violence that takes place in these inner cities to push their agenda for bigger government, gun control and the growing police state. Critical Projection Theory suggests that these measures are taken to make up for the guilt they must feel over their dismal failures, while they actually gain tremendous power by acting on them. The Democrat Party has been completely taken over by Marxists so they operate using the Hegelian Dialectic, which is the problem, reaction, solution strategy. They deliberately created the problems, conned the public into demanding solutions that achieved their goals, and implemented them. It turns out, Critical Projection Theory goes much deeper than I originally thought.

For years we have listened to President Obama push his unconstitutional gun control agenda down our throats. He has blamed the NRA, gun owners, the Republican controlled congress and anyone else who disagreed with him for the so called “gun violence epidemic.” According to Obama, the nation should feel shame for failing to act on an issue that has taken such a great toll on our communities. He, along with other Democrats, have rallied against the “powerful gun lobby,” accusing them of raking in profits from the blood of the victims. They have accused them of having no compassion and only caring about an agenda that has tore communities apart, and terrorizes the nation. Well, it turns out these accusations are also projections that could either be based on guilt, or used to hide the truth. The truth, as The New American reported on February 10, is that President Obama owns stock in the gun and ammo industry. President Obama’s gun control rhetoric has led to some of the highest number of gun sales in recent history, with this past January breaking another record.  President Obama is doing exactly what he blames the gun lobby of doing, he is profitting financially off the blood of innocent victims, while also using the issue to gain more power. Every time the man whispers gun control, sales go through the roof. In a sane nation he would be laughed off the national stage.

It always astounded me how the left can be so blind to the corruption of the people they support. They have been trained so thoroughly in public education to hate Republicans, that they will look the other way on almost any issue. A good example is GM President, Jeffrey Imelt. Imelt once served as President Obama’s “Jobs Czar” and was allowed to create a tremendous number of jobs overseas and paid no corporate taxes. This was at the same time ardent Obama supporters were demanding that corporations “pay their fair share,” and they were convinced Obama was going to make them do it.  When asked their opinion on Imelt, they either had no clue or made excuses because they were infatuated with Obama. I wonder what they will do when they find out hes profitting from the one thing they hate the most. Guns.