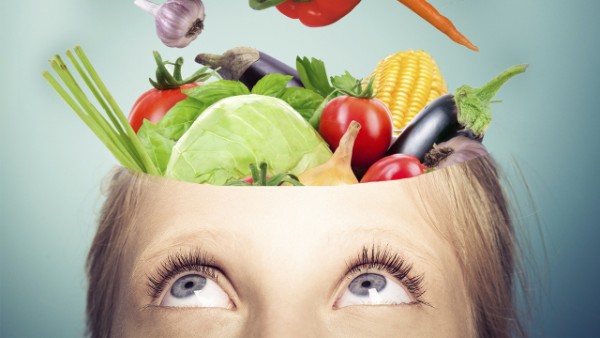 To everyone whose goal is to enjoy a healthy, worry-free lifestyle with a regular diet and exercise, you might want to rush to the nearest clinic to have yourself assessed. Apparently, the psychiatric industry thinks you’re suffering from — in what can only be described as the silliest disease they’ve invented yet — healthy eating disorder.(1)

Yes, you heard that right. According to The Guardian, “Eating disorder charities are reporting a rise in the number of people suffering from a serious psychological condition characterised by an obsession with healthy eating. The condition, orthorexia nervosa, affects equal numbers of men and women, but sufferers tend to be aged over 30, middle-class and well-educated.”

Ladies and gentlemen, psychiatrists are actually serious about this. And, just so you know, orthorexia nervosa is basically just Latin for “nervous about correct eating.” Unfortunately, the English version doesn’t sound scientific enough, so, to sound more believable they translated it to Latin. Smart, eh?

Getting back to this contrived “orthorexia” disease, The Guardian goes on to report, “Orthorexics commonly have rigid rules around eating. Refusing to touch sugar, salt, caffeine, alcohol, wheat, gluten, yeast, soya, corn and dairy foods is just the start of their diet restrictions. Any foods that have come into contact with pesticides, herbicides or contain artificial additives are also out.”

Following the reasoning of these experts, if you actually take special care to avoid pesticides, herbicides and genetically modified ingredients like soy and sugar, there’s something wrong with you.

Mike Adams, the Health Ranger, in an attempt to show the absurdity of the situation, wrote about the non-logic of the psychiatric industry:

“Eating ‘good’ foods will cause malnutrition! Eating bad foods, I suppose, is assumed to provide all the nutrients you need. That’s about as crazy a statement on nutrition as I’ve ever read. No wonder people are so diseased today: The mainstream media is telling them that eating health food is a mental disorder that will cause malnutrition!

“It’s just like I reported years ago: You’re not supposed to question your food, folks. Sit down, shut up, dig in and chow down. Stop thinking about what you’re eating and just do what you’re told by the mainstream media and its processed food advertisers. Questioning the health properties of your junk food is a mental disorder, didn’t you know? And if you ‘obsess’ over foods (by doing such things as reading the ingredients labels, for example), then you’re weird. Maybe even sick.

“But why, you ask, would they attack healthy eaters? People like Dr. Gabriel Cousens can tell you why: Because increased mental and spiritual awareness is only possible while on a diet of living, natural foods.

“Eating junk foods keeps you dumbed down and easy to control, you see. It literally messes with your mind, numbing your senses with MSG, aspartame and yeast extract. People who subsist on junk foods are docile and quickly lose the ability to think for themselves. They go along with whatever they’re told by the TV or those in apparent positions of authority, never questioning their actions or what’s really happening in the world around them.”

At the end of the day, the choice, really, is up to you. Do you want to live like mindless sheep following what the mainstream media dictates? Or would you rather be “orthorexic”?