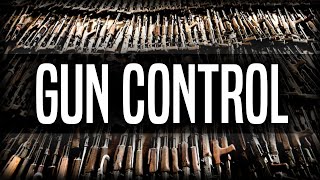 On January fifth, President Obama took enormous pleasure in signing his executive actions on gun control.  The vitriol and utter disgust he displayed towards gun owners was never more clear than it was on this day. In his usual fashion, President Obama surrounded himself with friendly faces who were more than happy to watch him tear down the fabric of our nation as he defied the constitution, and took law writing into his own hands. Being a community organizer, he skillfully played on the emotions of the crowd while simultaneously attempting to whip them into a state of action against all of those who stand in the way of enacting his “common sense” reforms. Of course, this is the explicit job of community organizers. Consider the following quote from the college text book “The Practice of Macro Social Work.”

“To destroy the structure of apathy by stirring up dissatisfaction and discontent; disrupt existing complacent expectations, and breaking down the individualistic orientations of community residents.”

This quote is a “social change” strategy of community organizers and is taught in social work programs across the country. The goal, as we have seen in many other instances, is to convince the people that they are somehow being oppressed, and that by coming together under the right leadership they can overcome this oppression. This is the strategy we saw in play in Ferguson Missouri and Baltimore as so called civil rights activists burned both cities to the ground in protest of alleged police brutality. This is the same strategy President Obama is employing on gun control. He is stirring up dissatisfaction and discontent against a Republican Congress he tells the people are standing in the way of a better, safer world. He has no problem with lying to the people because as far as community organizers are concerned, there is only the gaining of political power at stake, and the ends justify the means.

President Obama, being a follower of the Alinsky model, is operating on the principle that there is no absolute morality and that the ultimate objective of his collectivist utopia is worth corrupting himself. Alinsky taught his followers that corrupting themselves in pursuit of political objectives was in fact, a higher level of morality because they were not concerned with individual salvation but rather, collective salvation. Consider the following from Saul Alisnky’s Rules For Radicals.

“To say that corrupt means is to corrupt the ends is to believe in the immaculate conception of ends and principles.”

“He who sacrifices the mass good for his personal conscience has a peculiar conception of personal salvation; he does not care enough for the people to be corrupted for them.”

This is the mentality the left operates on. They believe they are creating a better world, and the corruption they engage in is inconsequential because it is the good intentions of their actions that matter the most. As far as gun control goes; we all know it is about control, period. President Obama does not care about the saftey of children or communities, he cares about power. Being the expert organizer he is, he will ride on the dissatisfaction of the uninformed until he gets exactly what he wants, a disarmed, helpless population.

To learn about the left wing indoctrination taking place in our universities, read my book “Not on my Watch: Exposing the Marxist Agenda in Education”