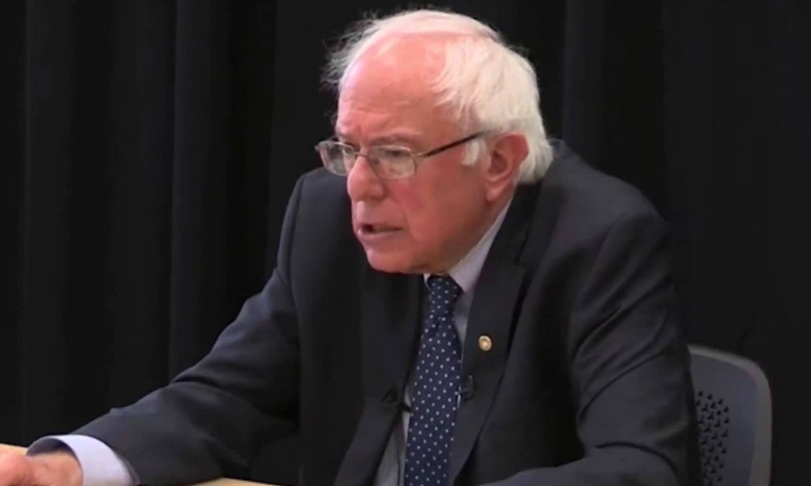 Vermont Independent Sen. Bernie Sanders caucuses [votes with] Democrats in the U.S. Senate, but he is considered by many to be a political “outsider.” It could be his avowed preference for socialism, or it could be that he’s just never been interested in becoming “just another senator.”

Whatever it is, his outsider appeal has helped propel his campaign for the Democratic presidential nomination, to heights many in the party’s hierarchy never dreamed of. In fact, truth be told, most party leaders and elders, if they were being open and honest, would say they expected Sanders’ campaign to die off months ago, thereby leading to a coronation, if you will, of his chief rival for the nomination, the FBI-investigated Hillary Clinton.

No, Sanders isn’t part of the “establishment” of his party – or of anything that his party aligns itself with, and that includes two stalwarts of liberal Democratic politics: Human Rights Watch and Planned Parenthood.

In a recent interview on MSNBC, Sanders was asked about the organizations’ endorsement of Clinton, which he dismissed as politics as usual within the Democratic establishment.

“And so I have friends and supporters in the Human Rights Fund, in Planned Parenthood. But you know what, Hillary Clinton has been around there for a very, very long time and some of these groups are, in fact, part of the establishment,” he continued. “Look, I’m going to do well and hopefully not win because of establishment support.”

That answer got under Clinton’s skin and got the dander up in both organizations, all of which responded via twitter – because that’s how it is these days.

“We respect [email protected]. Disappointed to be called ‘establishment’ as we fight like hell to protect women’s health,” Planned Parenthood’s social media person tweeted out, without ever explaining how killing and mutilating babies – PP’s primary mission – is making women more healthy.

Not wanting to take those responses lying down, Sanders’ campaign spokesman, Michael Briggs, responded to the groups’ endorsement of Clinton.

“It’s understandable and consistent with the establishment organizations voting for the establishment candidate, but it’s an endorsement that cannot possibly be based on the facts and the record,” he said, as noted by the Washington Blade.

Writing at the Daily Kos, Laura Clawson noted that she believes Sanders’ view of the Human Rights Campaign as an “establishment” is right on, but she nevertheless defends Planned Parenthood, like a good liberal.

The Republicans have their “outsider,” billionaire businessman Donald Trump, though the shine may be coming off that rose a bit after his unexpected loss to Sen. Ted Cruz of Texas in the Iowa caucuses. Still, he has been atop the once-crowded but now-dwindling field of GOP candidates since he announced his run last summer, feeding into a growing “anyone but one of them” mentality among the electorate.