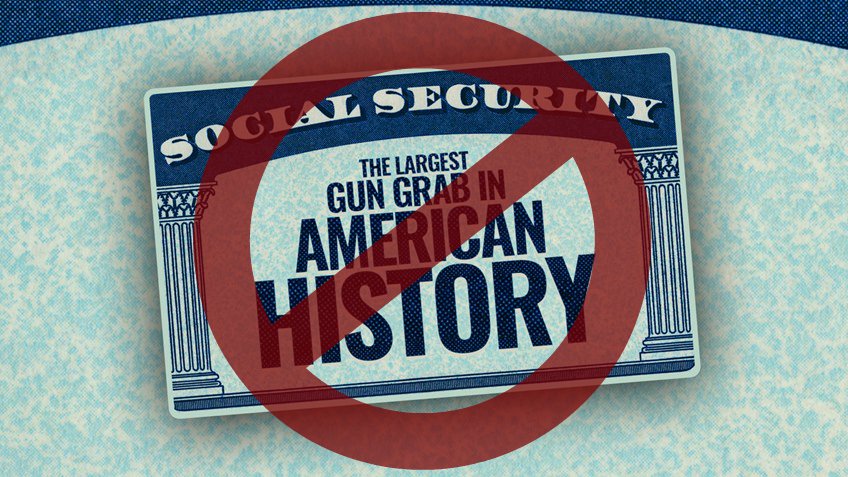 The Obama administration is now targeting Social Security beneficiaries who own guns or who may wish to purchase a gun in a new unconstitutional measure that shreds the Constitution.

In the latest stealth effort by the Communist administration, the Social Security Administration is wanting to list the names of those who receive Social Security benefits to the National Instant Check System (NICS) as “prohibited persons.” This would effectively ban them from being able to purchase a gun and would target those who already own guns.

It would also be a clear violation of the Fifth Amendment’s due process clause.

The LA Times has the story:

The push is intended to bring the Social Security Administration in line with laws regulating who gets reported to the National Instant Criminal Background Check System, or NICS, which is used to prevent gun sales to felons, drug addicts, immigrants in the country illegally and others.

A potentially large group within Social Security are people who, in the language of federal gun laws, are unable to manage their own affairs due to “marked subnormal intelligence, or mental illness, incompetency, condition, or disease.”

If Social Security, which has never participated in the background check system, uses the same standard as the VA, millions of its beneficiaries would be affected. About 4.2 million adults receive monthly benefits that are managed by ‘representative payees.’

The Veterans Administration has been involved in this for years now, as they have sought to disarm our veterans, those who have fought to defend the very rights they are being deprived. My good friend Leon Puissegur seems to have been targeted in such a manner.

Just like the VA, the Social Security Administration would have no judicial oversight, which would mean they would end up violating the Constitutional rights of American citizens under the Second and Fifth Amendments.

We already know that the NICS system is being used to build a database, despite it being against the law to do so.

Any way this criminal administration can think of restricting or confiscating guns, they are looking to do it. Whether it is through the Veterans Administration, more background checks, or putting people on a random no-fly list, they are openly defying God, the people and the Constitution.

What Americans need to keep their eyes on is the simple fact that the united States Constitution does not grant any authority to DC politicians to write law nor impose by executive order the restriction of guns for citizens. Congress doesn’t have that authority, the Executive Branch doesn’t have that authority and neither does the Judicial Branch. This is a usurpation and always has been because every federal gun law is unconstitutional!