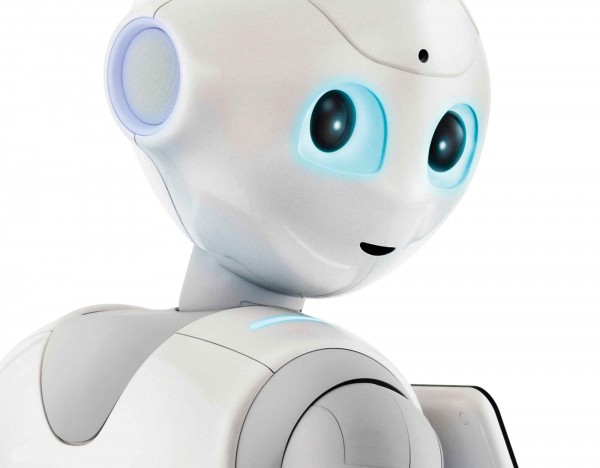 Pepper is one of the most human-like robots in the world, not so much for its hominid appearance, but for its ability to mirror primal emotions.

The machine is revered as the first “robot with a heart.” Pepper was a hit in Japan. The country’s SoftBank Robotics Corporation reports that 1,000 units of the humanoid were sold out within the first minute that it went on sell.

Pepper is comprised of white plastics, stands almost four feet tall and is capable of recognizing and mimicking human emotions. He was designed to be a companion for people. His emotions change depending upon his conditions, and he even dances to music.

Currently, nearly 3,000 Japanese households are equipped with a Pepper. The robo companion was made by French firm Aldebaran Robotics, a subsidiary of the mobile carrier Softbank. The robot retails for nearly $1,600, coupled with an extra $200 a month for data and insurance fees.

Pepper has an Ipad-like tablet attached to his chest, which is dubbed as his “digital heart.” The tablet keeps track of Pepper’s feelings and displays his current temperament such as, “a little anxious.” The screensaver modes displays colors that represent Pepper’s internal emotional states. The color green is associated with the emotional state of being relaxed, whereas the color red is associated with anger or fear.

The tablet is equipped with 200 entertainment apps, including dancing, games, weather updates, recipes and recommendations for children books. The robot recognizes a person by taking a picture of them and inputting a name. Pepper then tries to make small talk by chatting about the weather and whatever games the user has accessed on his tablet.

Pepper is able to register human feelings with the most current voice and emotion recognition technology. He is capable of reading human facial expressions, and can decipher a person’s mood based upon their tone of voice. The robots have been implemented in Softbank stores as shop assistants.

“Pepper will be able to explain Nescafé products and services and engage in conversation with consumers,” Kohzoh Takaoka, president and chief executive of Nestlé Japan, told sources.

“I hope that this new consumer engagement model will expand across the world as an example of Japanese innovation. The dream to create an advanced consumer experience with Pepper is now coming true,” he added.

The software behind Pepper is called NAOqi. It was used on a trial basis at branches of Mitsubishi UFJ Financial Group. At a presentation in Tokyo last April, Nao greeted customers at the bank and asked whether they needed assistance.

If these trials prove successful, it is anticipated that more robotic employees will be issued to additional branches of the Japanese bank by 2020. Not only do the robots appear to be mimicking human emotions; they’re taking jobs typically reserved for public relations.

Robo companions like Pepper have taken Japan by storm but have received little success in other countries. Japan electronics and Sony had to discontinue the Aibo pet-dog robot in 2006, despite protest from its fans.

At the same time, Sony debuted a child size robot similar to Pepper only smaller. However, the robot never became a commercial product. Some people, far from seeing human like robots as cute, see the humanoids as creepy.

The motivation behind robots like Pepper is to fulfill the tasks of assistant living. Some critics have pressed that companion robots cannot fulfill the tasks of assistant living, because humanoids merely mimic, rather than posses, human emotions. A real social bond must be established. However, proponents are quick to fire back that most friends are fake friends anyways, and that at least Pepper-like robots won’t rob the elderly or ignore their text messages.

Such technology could easily spill over into the medical industry. After all, many people self-diagnose themselves with an internet search, and surgeons are increasingly relying on robots to perform operations. Perhaps humanoids will one day fulfill the occupation of doctors, giving the title “Dr. Pepper” a whole new meaning.

Check out Pepper in action in the video below.