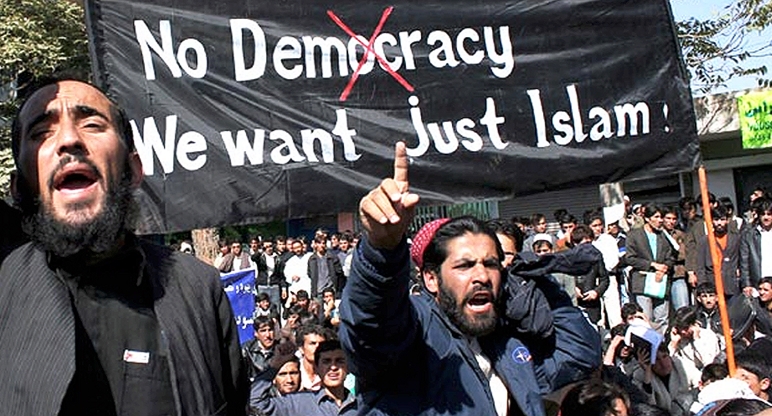 Intermixing people of vastly different cultures and ideologies with little to no process of integration is an interesting phenomenon — one that is accompanied by some benefits, such as encouraging acceptance, tolerance and compassion for individuals of dissimilar backgrounds. However, unfortunate as it may seem, it can also result in conflict and reduced quality of living for those whose home is being invaded.

The mass majority of refugees being granted asylum in the United States are from Muslim nations, whose laws and principles aren’t exactly rooted in freedom, and, not to mention, are seriously oppressive to women.

Inserting groups of people with contrasting beliefs into the U.S. can have dire consequences, including the prevalence of domestic terrorism. The acceptance of countless refugees, whose identities the government admits it is unable to confirm, combined with Obama’s open border policy, has placed Americans directly in harm’s way. As a result, “national security” has essentially become a joke.

According to the Washington Free Beacon, “[T]he number of foreigners arrested in the United States on terrorism charges is the result of a flawed Obama administration immigration policy that will grant residence to around 170,000 individuals from Muslim-majority nations in the coming year,” said lawmakers on Capitol Hill.

A recent string of arrests involving “refugees” charged with terrorism sparked fears among the public and state representatives. In January, two Middle Eastern men described as being Iraqi-born Palestinians entered the U.S. as refugees and were arrested on federal terrorism charges.

Omar Faraj Saeed Al-Hardan, 24, was arrested in Houston and is charged with providing material support to ISIS. Younis Al-Jayab, 23, of Sacramento, is accused of fighting with ISIS in Syria before returning to his home in California.

These cases are not isolated.

“There are at least 1,000 open investigations into ISIS members residing in the United States,” the Free Beacon reports, a threat the Obama administration refuses to address. “Recent efforts by Congress to investigate the immigration histories of at least 113 foreign-born individuals snagged on terror charges since 2014 have been blocked by the Obama administration.”

“[A]n additional 41 foreign-born individuals who legally entered the United States” were “arrested for planning a number of terror attacks,” resulting in an investigation the Departments of State and Homeland Security refused to assist, reports the Free Beacon.

The agencies “have stonewalled” efforts to examine the histories of the alleged terrorists, prompting “speculation among lawmakers that the administration is withholding information to prevent the exposure of major gaps in the U.S. screening process for new immigrants.”

Presidential hopeful Ted Cruz (R-Texas) has used his campaign to address the issue, calling for more investigations and better security screenings. “Almost every day there is a new case that documents the relentless attacks being waged against our nation,” Cruz said.

“We have militants who have infiltrated waves of refugees to come to American and plot attacks. We have Americans who have travelled abroad to train returning to wage jihad here. We have home-grown terrorists who are receiving instruction online to hatch attacks.”

Cruz is pushing for legislation that would revoke the U.S. citizenship of any individual who travels abroad to join terrorist groups, as well as a separate law that would “place a three-year hold on granting residency in the United States for refugees coming from nations where al Qaeda and ISIS control significant territory.”

Evidence that our government is deliberately suppressing information about the rise in domestic terrorism as a result of Obama’s open borders mounted, following the release of previously undisclosed emails from the State Department.

The emails reveal the government has been aware of “Arab extremists” entering the country through Mexico via cartels since 2004, reports Judicial Watch, adding that “among them was a top Al Qaeda operative wanted by the FBI.”