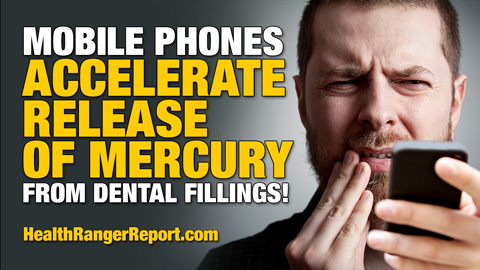 A fascinating scientific study has found that using mobile phones can accelerate the release of toxic mercury from dental fillings. This is especially noteworthy given that many people hold their mobile phones right next to their jaws when talking on them.

This may even help explain the increased insanity now being witnessed across society, where the rise of mobile phones has caused the increased release of mercury, a toxic heavy metal associated with mental insanity.

In effect, mercury dental fillings and mobile phones have created a “binary weapon” of mass metals poisoning and cognitive insanity.