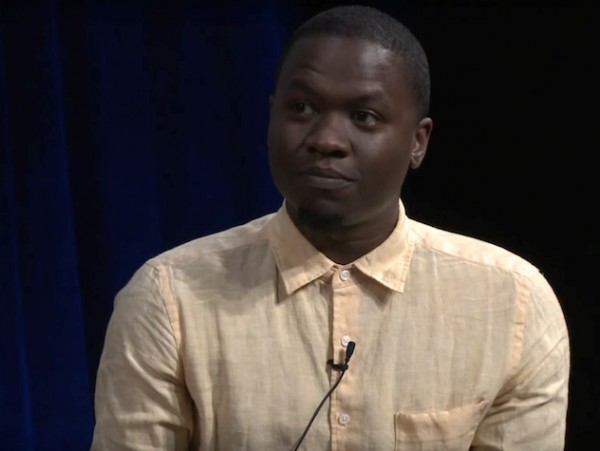 Responsible for publishing some of the most important national security documents since the Edward Snowden revelations, the Intercept is finally receiving the attention it deserves; unfortunately, it’s not for the right reasons.

The mainstream media largely ignored the important exposé, but has taken a newfound interest in the site, after it became entangled in an embarrassing scandal involving a rogue reporter. Former Intercept reporter Juan Thompson, employed by the company from November 2014 until last month, is accused of falsifying information and fabricating the identities of sources he cited in a series of reports – five of which have been redacted and/or corrected.

On several occasions, Thompson also spewed a barrage of race-baiting remarks on Twitter

.@realDonaldTrump in his concession speech sounded like the like rich white boy I beat for student council treasurer in school. #IowaCaucus

Of course he did. They don't give a fuck about poor ppl, black ppl, black women, women etc. #GoldenGlobes https://t.co/xIxi7qI0Z4

“Thompson fabricated several quotes in his stories and created fake email accounts that he used to impersonate people, one of which was a Gmail account in my name,” said the Intercept’s Editor-in-Chief Betsy Reed.

“In his reporting Thompson also used quotes that we cannot verify from unnamed people whom he claimed to have encountered at public events. Thompson went to great lengths to deceive his editors, creating an email account to impersonate a source and lying about his reporting methods,” said Reed. 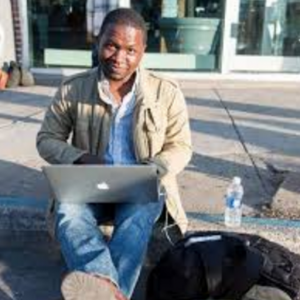 One of the most notable reports Thompson fabricated relates to the Charleston Church shooting, where it was reported that 21-year-old Dylann Roof killed three men and six women in June 2015. Thompson claimed to have interviewed the shooter’s cousin, “Scott Roof,” who supposedly said that Dylann snapped because “a girl he liked starting dating a black guy two years back.”

The report, which is now retracted, was regurgitated by dozens of other news sites.

But upon further investigation, the Intercept learned that there is no person named “Scott Roof.” According to Reed, “After speaking with two members of Dylann Roof’s family, The Intercept can no longer stand by the premise of this story. Both individuals said that they do not know of a cousin named Scott Roof.”

The rogue reporter admitted to “creating fake email accounts and fabricating messages,” but has denied inventing sources and misattributing quotes. Based on a letter addressed to Reed, Thompson is anything but sorry, instead he using his purported medical condition as a means to gain sympathy.

I’ve been undergoing radiation treatment for testicular cancer and, since I no longer have health insurance, I’ve been feverishly struggling and figuring out how to pay for my treatment. All of this, of course, has taken up my time and energy; except for the few moments I’ve spent searching for some relief.

With regards to verifying the comments, I’m in STL undergoing treatment, again, and not in NY, thus I lack access to my notebooks (which I took for most stories) to address these matters. Moreover, after finally looking over the notes sent to me, I must say this: I had a habit of writing drafts of stories, placing the names of ppl I wanted to get quotes from in there, and then going to fetch the quotes.

(Was it sloppy? Yes? But I’m a cub reporter and expected a sustained and competent editor to guide me, something which I never had at your company and something with which The Intercept continues to struggle as everyone in this business knows.)

But, I digress; back to the situation before us.

If I couldn’t obtain a quote from the person I wanted, I went somewhere else, and must’ve forgot to change the names—clearly. Also, yes I encouraged some of my interviewees to use another name; they’re poor black people who didn’t want their names in the public given the situations and that was the only was of convincing them otherwise. That also explains why some of them didn’t want to talk with your company’s research team or denied the events. These weren’t articles in Harpers or The Nation. Instead, these are the lives of people forgotten by society and their being in public and talking to white, NY people, no less, could harm and turn them off. They’ve lost loved ones to violence you and others couldn’t possibly imagine.

Ultimately, the journalism that covers the experiences of poor black folk and the journalism others, such as you and First Look, are used to differs drastically. This dilemma is the Great Problem with the white media organizations that dominate our media landscape. As Ta-Nehisi Coates wrote: “The standard [white] progressive approach of the moment is to mix color-conscious moral invective with color-blind public policy.” Such an approach ignores the differences in the way we must navigate these various fields: including journalism.

The comments from editors calling me a stray dog; the lower pay; the being told on a trip to DC that I “shouldn’t spend like it’s the first of the month”. I shrugged it all off.

I hope you and your company can understand all this and give me time to recover so that I may eventually look over my notes. I must say, though, it’s a very nefarious and ill liberal and anti humanist position to take if you do otherwise: kicking a cancer patient when he’s down. I’ve been through a lot tougher situations than this and will weather anything thrown my way.

Ms. Reed, I also just read Counsel Oberlander’s letter. I’m not in NY and have been sick and bed-ridden from radiation so of course I can’t return that laptop—that I also broke by the way. But if your company wishes to withhold my separation pay, which I was banking on for my treatment, go right ahead. I’m also owed reimbursement from the trip to DC which I haven’t received. But I’m not angry because, naturally, I didn’t bring this up because my focus is on much more important things.

A review of Thompson’s Twitter account provides an ironic display of distaste for plagiarism. According to Gawker, Thompson “argued that former BuzzFeed editor Benny Johnson, who was fired for committing widespread plagiarism in the summer of 2014, would not have been been [sic] able to bounce back so quickly… if he were not white:”

White reporter commits plagiarism, moves on to bigger things. Whereas Blair is a pariah, this is white suprmcy. Yuck. //t.co/c2zzs7EsUk

.@bennyjohnson got fired for rank plagiarism. Get's on a boat, catches crab, & gets 2 job offerings. If I plagiarized I'm back on EBT. Yuck.