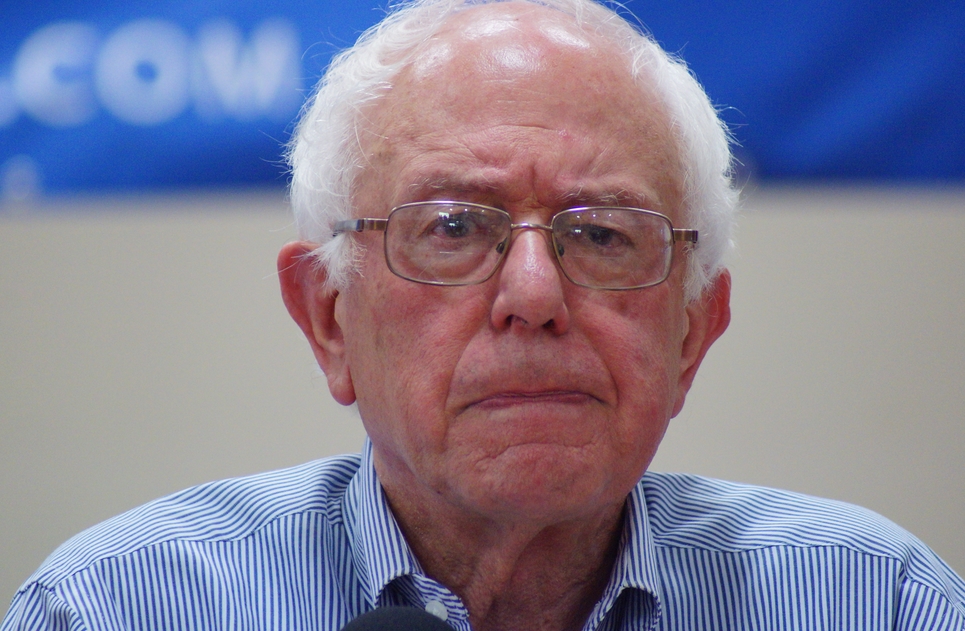 (Freedom.news) As the presidential campaign cycle continues to play out there are a lots of plots, subplots, narratives and entertaining side stories that have captured the imagination of Americans, Left and Right. In fact, little hard data has actually emerged regarding candidates’ positions on “the issues,” and that’s pretty standard fare for primary season, as the only the eventual nominees of both parties will be pressed by the media for policy specifics.

But one candidate – Sen. Bernie Sanders, I-Vt., the avowed socialist who is seeking the Democratic nomination – has provided enough specifics on some of his economic policies to give us an idea of what they would look like in practice. And frankly, if you’re someone who is tired of Washington’s profligate taxing and spending, Sanders isn’t the candidate for you.

As reported by the Washington Free Beacon, if a tax plan offered up by a President Sanders would ever become the law of the land, it would result in a whopping $13.6 trillion tax hit on an already stagnant economy over the next decade, reducing gross domestic product by nearly 10 percent, an analysis by the Tax Foundation estimated.

Here are some highlights (or low-lights, depending on how you look at it) from the Sanders plan:

— A President Sanders “would enact a number of policies that would raise payroll taxes and individual income taxes, especially on high-income households.”

— “A majority of the revenue raised by the Sanders plan would come from a new 6.2 percent employer-side payroll tax, a new 2.2 percent broad-based income tax, and the elimination of tax expenditures relating to healthcare.”

— The Sanders plan “plan would significantly increase marginal tax rates and the cost of capital, which would lead to 9.5 percent lower GDP over the long term.”

So, rather than just “tax the rich” – which Sanders the Socialist certainly would do – his plan would also hit average earners as well, in the form of higher payroll and a “broad-based income tax” increase.

Is this a good plan for a country in which 50 percent of workers are earning just $30,000 a year or less?

We don’t think so, and we’re betting most of you don’t, either.

Some additional quick facts about the economy which, after seven years of President Obama is suffering mightily:

— The CBO, in a new report, revealed (again) that Obamacare is costing the economy jobs;

— The administration has touted its job growth record, but even Left-leaning news sites note that most of them are low-wage positions (that Sanders wants to tax as well);

— Wage growth is stagnant, and some at the lowest rung of the ladder are actually losing ground.

Our wages are our property; we earn them, we toil for them, we “own” them. Taxes are just a part of life, granted, and we all have to pay them in some form or another, in order to finance a government that is charged with providing specific services and performing certain functions. But what is also clear is that the government is so big, so bloated and so inefficient that much of what is paid in is squandered, misappropriated or otherwise wasted, and it’s because of that reality that most Americans feel like they’re not getting the best bang for their buck.

Now, here comes a presidential candidate who wants to confiscate, at the barrel of a gun, even more of what we earn, so he can create an even larger, more inefficient centralized government. Bernie Sanders wants to double down on every tax and economic policy that has not worked and will never work as advertised.

As further reported by the Free Beacon:

While on the campaign trail, the senator has proposed $18 trillion in spending over the next decade. His plan includes $15 trillion for a government-run single-payer health care plan and trillions more for Social Security, roads and bridges, higher education, paid family and medical leave, and private pension funds, to name just a few.

Ouch. We don’t think the country can afford a Bernie Sanders.