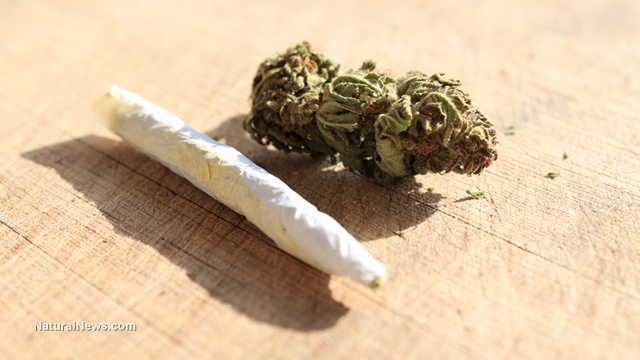 There are a host of benefits to be reaped from medicinal cannabis. However, like any manufactured drug, cannabis has its pros and cons, which should be weighed against each other relative to the context of a person’s situation. Among these is the fact that marijuana can reverse cognitive decline… as long as it’s not laced with toxic pesticides.

One of the most exciting and recent discoveries about cannabinoids are their ability to act as antioxidants in the brain. German researchers discovered that the brain’s cannabinoid system is capable of cleansing damaged brain cells while creating new ones.(1)

The revelation was published in the journal Philosophical Transactions of the Royal Society B. The researchers found that natural marijuana, that is – marijuana devoid of pesticides – can help curb brain inflammation behind an onslaught of cognitive disorders, including Alzheimer’s disease, Parkinson’s disease, Huntington’s disease and other big names in the land of malady.(1)

“I’ve been trying to find a drug that will reduce brain inflammation and restore cognitive function in rats for over 25 years; cannabinoids are the first and only class of drugs that have ever been effective,” notes Gary Wenk, a professor of neuroscience, immunology and medical genetics at Ohio State University (OSU), who contributed to the study. “I think that the perception about this drug is changing and in the future people will be less fearful.”(1)

The consensus among those who run the legal marijuana industry is that there hasn’t been enough studies that analyze which chemicals are best to grow, smoke or eat marijuana with.(2)

“We have an industry that’s been illegal for so many years that there’s no research,” observed Frank Conrad, director of the marijuana testing laboratory Colorado Green Lab. “There’s no guidelines. There’s nothing.”(2)

Furthermore, although state prohibition of weed has waned, the federal government continues to classify cannabis as an illicit drug, meaning, they have no interest in funding research about chemical use for marijuana crops.

“There is no federal agency that will recognize this as a legitimate crop,” said pesticide expert Whitney Cranshaw of Colorado State University. “Regulators just bury their heads, and as a result, pest-management information regarding this crop devolves to Internet chats and hearsay.”(2)

Since marijuana is a low priority at the federal level, it can take years for the Environmental Protection Agency (EPA) to respond to state requests about which pesticides are approved for marijuana crops. As a result, it’s easy for marijuana growers to disregard rules that limit or ban certain pesticides.(2)

In Denver, for example, a chemical called Eagle 20 EW was found to be in weed circulating the market. Although the chemical, technically a fungicide, is approved for grapes and hopes, it’s banned for use on tobacco plants because it can become hazardous when heated.(2)

Oregon faced a similar hurdle in June after an investigation by The Oregonian unearthed residues surpassing legal limits for edible marijuana products. Other pesticides, which are linked to cancer, nerve damage and neural degeneration, were found as well. Since these pesticides are not state-regulated, their use is legal.(2,3)