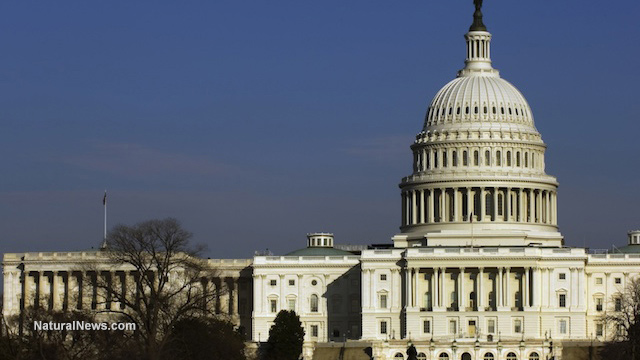 The NBC Washington‘s News4 I-Team report noted that a massive amount of items and services were purchased totaling about $20 billion. Known as “micropurchases” among federal employees, the expenditures “are made by some of the thousands of agency employees who are issued taxpayer-funded purchase cards,” the News4 team reported on their website.

In most cases, the purchases remain shielded from the public because they are not disclosed publicly by the various federal agencies. An examination of the purchases, which were obtained via the Freedom of Information Act, shows that at least one federal agency used the micropurchase cards to buy $30,000 worth of drinks and products at Starbucks in one year alone, and again without disclosing such purchases to the taxpayers who are forced to finance them.

A series of other recent purchases, reviewed by internal government auditors, include wasteful and inappropriate purchases by government employees — including a gym membership and JC Penney clothing — that were not detected or stopped until after the purchase was completed.

The investigative news team’s findings have become the subject of a hearing by a congressional panel and are now being scrutinized by taxpayer advocates who are focused on the Department of Homeland Security, which made the Starbucks purchases but has so far refused to detail them to the public.

‘Someone is abusing the permission we gave them’

For the record, a “micropurchase” is one that costs less than $3,000, and one in which a government-issued purchase card is used. According to the News4 investigative report, the Departments of State, Homeland Security, Transportation, Veterans Affairs and Defense each made tens of millions of dollars of micropurchases in the past year. However, none of the departments make itemized lists of those purchases public; they are limited only to internal government auditors and those who must pry the data from the federal departments via a FOIA request.

Using the Freedom of Information Act, the I-Team was provided with a list of micropurchases made by the DHS at Starbucks vendors nationwide in 2013:

The list includes dozens of transactions, including in Washington, D.C., and Maryland. Several of the purchases were made at an Alameda, California, Starbucks vendor and cost more than $2,400 each, just below the $3,000 threshold for which purchases need not be publicly disclosed.

After the I-Team reported its findings, Rep. John Mica, R-Fla., chairman of a House Committee on Government Reform and Oversight subcommittee, criticized the purchases.

“When you have $10,000 being spent at one Starbucks by DHS employees in one city in six months, someone is abusing the purchasing permission that we have given them,” he said, according to the I-Team.

Anne Richards, who audits the agency, told Mica and fellow committee members that the bulk “of the purchases seem to be legitimate use[s] of the cards.”

Some of the purchases at Starbucks are for less than $40, which appear to indicate “a potential small-scale, individual gift-cards or drink purchases,” the I-Team reported.

A former Inspector General for the U.S. General Services Administration, Brian Miller, told the I-Team that the purchases at Starbucks seemed excessive.

“I don’t know the agency’s needs or contingencies, but going to Starbucks seems like a really hard sell,” he said. “The amount suggests that it may be an expense that could be anticipated. If so, a procurement official should think through how to best procure these items in a systematic way. The competitive process should ensure that the government does not pay too much for an item.

“To get the best prices, a procurement official should follow the competitive bidding process. The micro-purchase authority allows agencies to respond quickly to contingencies and unforeseen needs,” he added.

The I-Team noted that their investigation did not focus only on the Starbucks purchases. The team reported that its review of federal agency spending records showed that billions of dollars in taxpayer money are spent on a variety of micropurchases every year.