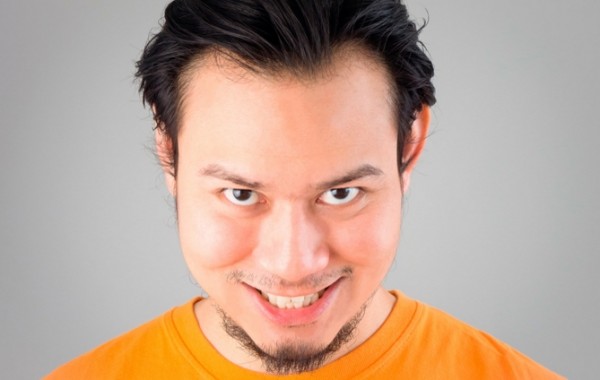 For as long as humanity has existed, evil has existed alongside it. And because evil people do evil things, those of us who are good-hearted are all at risk. Though we can’t change the fact that we’re forced to coexist with evil, we can learn how to identify it and protect ourselves from it.

Evil comes in many forms and has many names, but in the West we call them “psychopaths.” Frighteningly, it’s believed that up to 4 percent of the U.S. population falls into this category, a category characterized by some of mankind’s ugliest traits. Psychopaths are notorious for their refined ability to lie, manipulate, cheat, steal, harm and even kill anyone who gets in their way. In fact, around 50 active serial killers are walking the streets today in the U.S., according to the FBI. And that’s a “conservative” estimate.(1)

Former Forensic Psychologist and host of the Dr. Phil Show, Dr. Phil McGraw, Ph.D., knows about evil all too well, coining his own term for evildoers in his bestselling book Life Code: The New Rules for Winning in the Real World. Dr. Phil explains in his book that whether or not we like it, “Life is a game — and you will either be a player or be the one played.”

“Bad guys” are everywhere, but the sooner you learn how to spot them the better off you’ll be, he says. Dr. Phil, who is arguably the world’s most well-known mental health professional, tells readers how to spot evil using “Evil Eight” identifiers. He calls them “BAITERs, (Backstabbers, Abusers, Imposters, Takers, Exploiters and/or Reckless people).”

BAITERs “would just as soon cheat, exploit, and betray you as they would look at you,” writes Dr. Phil, adding that once you learn how to identify them “those people will never be able to sneak up and ‘blindside’ you ever again.”

The following is a snippet from Life Code: The New Rules for Winning in the Real World:

When I decided to write about those people in this world who you wish would have never darkened your doorway, I started with my own personal life and experiences. I sat down at my desk at home on a Sunday afternoon and made a list of the people throughout the span of my life who, in my opinion, have sought to hurt me, betray me, and take advantage of me and those I love. Unfortunately, I had a pretty substantial list that spanned all the way from my childhood until this past Christmas!(2)

Evil people have the same evil traits in common

I created a sheet on every single one of these jerks. At the top, I described the scenario wherein they tried to jerk me around. Then, I did kind of an “autopsy” on what had happened in pretty good detail. I identified and listed what they had said and done when they had me in their sights.

The similarities between people who had sought to exploit me in different ways, at different times in my life, were huge. I mean, it was incredible how consistent some of these behaviors and patterns were when compared side-by-side. Remember, I’m talking about people who, in most cases, didn’t even know each other. It wasn’t as if they had gotten together and attended the same “how to screw people over” class. But somehow or another, they all seem to have similar traits, characteristics, and tactics.

As Dr. Phil said, in hindsight, the characteristics of psychopaths are obvious, but in the moment they can be difficult to spot, and for one main reason: good people are unable to fathom evil traits that they themselves do not posses.

Don’t be a victim to evil any longer. To improve your ability on spotting evil, pick up your own copy of Life Code: The New Rules for Winning in the Real World today.