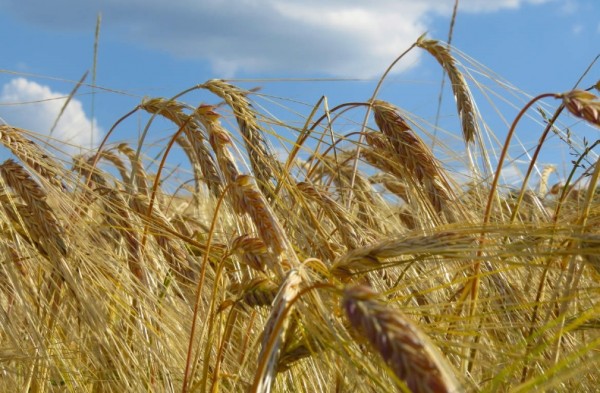 The U.S. once had extensive grain reserves, a concept derived around the time of the Great Depression. It was said to be so vast, that in the event of a food shortage, the government would have been capable of providing each American with half a loaf of bread, writes Michael Snyder on the Economic Collapse Blog.

A report by the Los Angeles Times entitled How to fight a food crisis, explains that the idea of maintaining a “strategic grain reserve” was invented by “Wall Street legend Benjamin Graham,” whose “idea hinged on the clever management of buffer stocks of grain to tame our daily bread’s tendencies toward boom and bust.

“When grain prices rose above a threshold, supplies could be increased by bringing reserves to the market — which, in turn, would dampen prices. And when the price of grain went into free-fall and farmers edged toward bankruptcy, the need to fill the depleted reserve would increase the demand for corn and wheat, which would prop up the price of grain.

“Following Graham’s theory, President Franklin D. Roosevelt created a grain reserve that helped rally the price of wheat and saved American farms during the Depression. In the inflationary 1970s, the USDA revamped FDR’s program into the Farmer-Owned Grain Reserve, which encouraged farmers to store grain in government facilities by offering low-cost and even no-interest loans and reimbursement to cover the storage costs,” reports LA Times.

“But over the next quarter of a century the dogma of deregulated global markets came to dominate American politics, and the 1996 Freedom to Farm Act abolished our national system of holding grain in reserve.”

The grain reserve then “became part of the Bill Emerson Humanitarian Trust, a food bank and global charity under the authority of the secretary of Agriculture.”

By 2008, the reserve was completely depleted, after the USDA “decided to convert all of what was left into its dollar equivalent. And so the grain that once stabilized prices for farmers, bakers and American consumers ended up as a number on a spreadsheet in the Department of Agriculture.”

With the grain reserves being entirely emptied, the government would be utterly incapable of feeding its people, unless of course it used excessive force to confiscate food from others, a likely probability that would surely target those who were clever enough to prepare and stock up food, i.e. the frequently demonized group known as “preppers.”

As Snyder points out, if there is any type of national emergency or food shortage, we could all be in a lot of trouble. In fact, we’re already experiencing some in many fashions. The following is a list of catalysts provided by Snyder in a previous article, that could send the U.S. into a food shortage crisis:

The bottom line, is that in the event of an economic collapse, food shortage or natural disaster, the government is not going to be there to save you. So it’s best to start planning now for tough times. If you never end up needing those supplies, consider yourself lucky; however, there’s a fair chance you will, and you know what they say, “Better safe than sorry.”