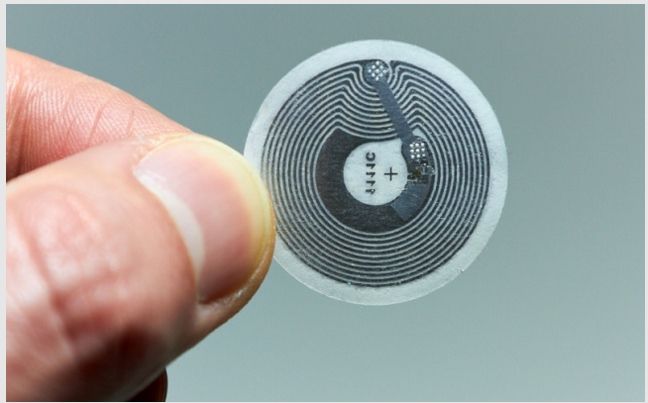 The company’s net profits totalled an upwards of $9 billion, up more than 16 percent from last year, along with 10.6 percent increase in revenue, according to phys.org. While the majority of the company’s chips are used in telecommunications, including devices made by Apple, radio-frequency-identification (RFID) chips are also growing in popularity as tech savvy companies find innovative ways to implement their use in humans.(1)

Last spring, a high-tech office complex in Sweden began offering microchips to consenting employees to insert beneath their skin. The technology allows workers to access building entrances with the wave of a hand, eliminating the need for key cards. The RFID embedded chips can also control office machines such as photo copiers and share contact info, reports the Daily News.(2)

Human-embedded chips are the way of the future, techies say

Experts predict human microchip implants will be used extensively in the future. “We call it augmented humanity,” said futurist Faith Popcorn. “We foresee a future in which everyone will have an implanted chip that will benefit our personal lives as well.”

The RFID-embedded employee chips are similar to those used to in cats and dogs that help track lost pets. Relatively small in size, the devices are about the size of a grain of rice, says The Washington Times.(3)

Interestingly, the Swedish complex has employed a professional tattoo artist to insert the chips using “a thick needle.” The chip’s inventor, Swedish entrepreneur and bio-hacking activist Hannes Sjoblad, says he believes that soon the microchips will be used everywhere, including for access to public transportation, purchasing groceries and tracking fitness routines.

“You’ll be able to download Mandarin into your embedded chip before your business meeting in Shanghai,” said Popcorn.

Are microchips necessary to protect children?

Others believe human-embedded microchips could offer advantages in terms of security. For example, Fox News suggests they could be used to help locate a missing child, or soldiers and journalists lost in war zones. The latter seems plausible; however, the concept of microchipping all children in the event of a potential kidnapping sounds a little too extreme, and not to mention, paranoid.

Especially, since the risks could outweigh the benefits. Walking around with a human-embedded electronic device that’s connected to the Internet leaves users vulnerable to prying eyes via hacking.

“For many, the idea of having an implant containing personal information inserted under the skin is not a welcome option,” reported Natural News. “Not only is there maybe something creepy about the whole idea to begin with, but the fact is that a lot of us feel our privacy and autonomy has been compromised enough already, without voluntarily becoming walking transmitters of our personal data.” (4)

“Some predict that one day it won’t be a matter of choice, or that the use of implants and other types of bio-enhancement and connectivity will become so commonplace as to be expected, if not required. The fear is that we will lose our freedom and privacy in the process.”

Last year, Sjoblad hoped to get a 100 volunteers signed up for human-embedded chips, a number he is convinced will grow rapidly, reaching 1,000 and eventually 10,000 users.

A few weeks ago, tech innovator Andreas Sjöström made headlines when he became the first person to fly commercially using only a microchip embedded in his hand. Sjöström, Vice President and Global Head of Digital at Sogeti, used the Near Field Communication (NFC) chip to “pass through Stockholm Arlanda airport, through security, at the lounge, and finally through the gate to the aircraft,” according to his blog.(5)

“My NFC chip contains my Scandinavian Airlines EuroBonus member ID, and since the airport has NFC readers all the way from security to the gate, I can use the chip instead of ordinary boarding passes.”