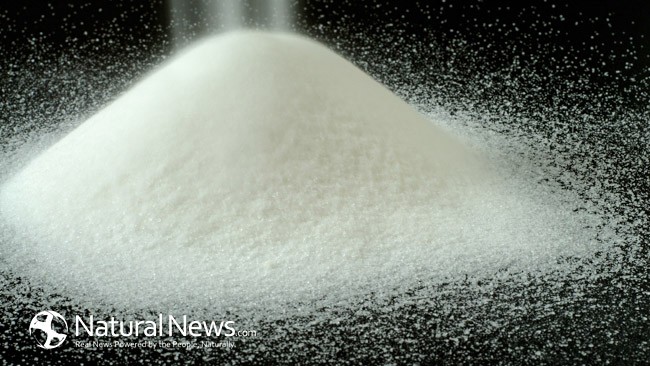 Artificial Sweetener Disease (ASD) is a plague sweeping across America. According to a new study, the artificial sweetener aspartame is linked to metabolic disease and digestive problems, but don’t expect to hear that from your doctor.

ASD masks many facades, including Crohn’s disease, inflammation, acid reflex disease and Irritable Bowel Syndrome (IBS). Doctors are apt to call ASD anything other than its real name, so they can prescribe expensive pharmaceuticals and set up future check ups for the weeks that follow. In actuality, all these patients need to do to save their health and their wallets, is cut back on artificial sweeteners.

The bitter truth of artificial sweeteners

In other words, artificial sweeteners enable the growth of bacteria that harbor calories found in the hips, thighs and midriffs, notes Peter Turnbaugh from the University of California, an expert on the interplay of bacteria and metabolism.(1)

The experiment consisted of feeding ten week old mice a daily dose of aspartame, sucralose or saccharin. A different group of ten week old mice were given natural sugar. The researchers found that mice with artificial sweeteners had abnormally high blood sugar levels, which suggested their tissues were having difficulty absorbing sugar (glucose) from their blood. The inability of the body to convert glucose into energy is the force driving diabetes, heart disease and liver problems.(1)

The authors of the study concluded that artificial sugars “may have directly contributed to enhancing the exact epidemic that they themselves were intended to fight,” and that sweeteners are making some individuals fatter and sicker.(1)

“We’ve suspected for years that changes in gut bacteria may play some role in obesity,” said Ilseung Cho, gastroenterologist of New York University.(1)

Reverberations of aspartame cannot be undone

Unfortunately, the reverberations that artificial sweeteners have had on the American public cannot be undone. There are no prescription drugs that can cure the health problems artificial sweeteners have provoked. Remarkably, more than 70 percent of reported cases of Fibromyalgia, chronic depression, IBS and acid reflux are caused by ingesting artificial chemicals approved, by the FDA, as fit for human consumption.(2)

Cancer is the long-term consequence of regularly consuming artificial sweeteners, but ASD is the short-term consequence and it shouldn’t be taken lightly. Prescription drugs that “cure” these “chronic ailments,” spur side-effects that require additional drugs, which often worsen the underlining condition.

Fortunately, you don’t need a prescription drug or a doctor to treat ASD. The best way to cure ASD is to throw away your sugar free gum and candy, and dispose all the food and drinks in your house listed as “light” and “zero” calories. Make sure to read the labels on everything. If they include aspartame sucralose, sorbitol, acesulfame-k, aspartic acid, and saccharine – trash them.

To help curb your sweet tooth without the extra calories, try Xylitol or Stevia or simply consume more organic fruit. If health problems continue, make a list of everything you ate that week and consult your Naturopath or Nutritionist. You don’t need a prescription to consume poison. You simply need to stop drinking it.