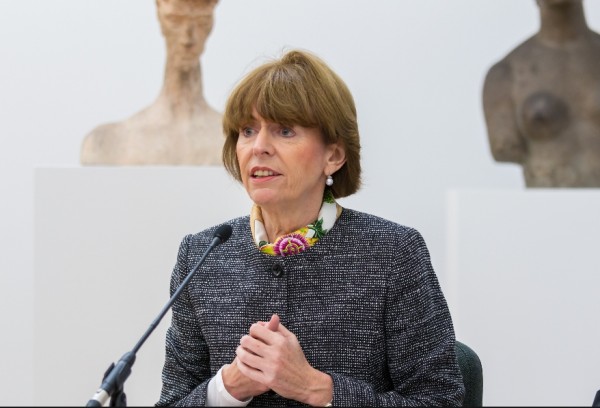 Rather than acknowledge the connection between an increase in crime – particularly against women – and Germany’s new open-door immigration policy, the Mayor of Cologne instead told women they need to learn how to protect themselves better in the event of future attacks.

Henriette Reker’s shocking remarks come after scores of women allege they were sexually assaulted, raped and robbed by “North African and Arab men” during a New Year’s Eve street party in Cologne, Germany. So far, more than 500 criminal complaints have been filed with German police, at least 40 percent of them relating to sexual assault allegations, as reported by BBC News and The New York Times.(1,2)

Reports quickly surfaced, alleging that the attackers, who numbered in the hundreds and formed circles around women before victimizing them, were refugees who recently entered Germany under Chancellor Angela Merkel’s new immigration policy, resulting in the arrival of 950,000 migrants last year.

Those reports would soon be confirmed.

On January 8, The New York Times reported that 18 of the 31 individuals arrested for the assaults “had applied for asylum in Germany.” Included among the suspects are “nine Algerians, eight Moroccans, four Syrians, five Iranians, an Iraqi, a Serb, an American and two Germans.”(2)

Though suspicions about the attackers’ origins were confirmed, Mayor Reker’s position remained unchanged.

“The women and young girls have to be more protected in the future so these things don’t happen again,” Reker said, speaking on live television in early January. “This means, they should go out and have fun, but they need to be better prepared, especially with the Cologne carnival coming up. For this, we will publish online guidelines that these young women can read through to prepare themselves.”

What Reker’s proposed guidelines are comprised of remains unclear. However, Breitbart London speculates that it could include recommendations that women dress more conservatively, as some victims reported that being fully clothed protected them from further assaults.(3)

“Fortunately I wore a jacket and trousers. A skirt would probably have been torn away from me,” said one female victim.

The assaults, which occurred in several German cities, as well as in other parts of Europe, proved traumatizing for women simply trying to have some fun while ringing in the New Year.

“Even large groups of girls travelling together were not spared by the migrants at Cologne railway station and in other German cities, as gangs of up to 40 men moved to attack at once in the early hours of new year’s day. Michelle, an 18-year-old German woman, was walking to the station at 11-PM on new year’s eve with a group of friends when they were attacked,” Breitbart London reported citing information from N-TV.(4)

“We were eleven people on the go. At eleven o’clock we were at the main station and walked to the Rhine in order there to watch the fireworks. Even then we already noticed many men,” Michelle told the media.

“We were at the cathedral and from there walked to the Ludwig Museum and passed down to the Rhine. There were suddenly 20 to 30 men who surrounded us, and more and more came,” she added.

Ignoring the women’s’ screams to stop, the assailants moved in, molesting members of the group, touching them all over their bodies before stealing their possessions. Michelle says she protested, but didn’t think the men understood German. “They were all foreigners,” she said.

Annika, another victim of the NYE Cologne attacks, said it was her first time in the city, adding: “It was scary. Mainly because a [sic] nobody helped. I feel so dirty. So used. They all looked foreign. They managed to separate us in the crowd and got close to us… we tried to fight off their hands…. everywhere I looked I saw girls crying and being comforted.”