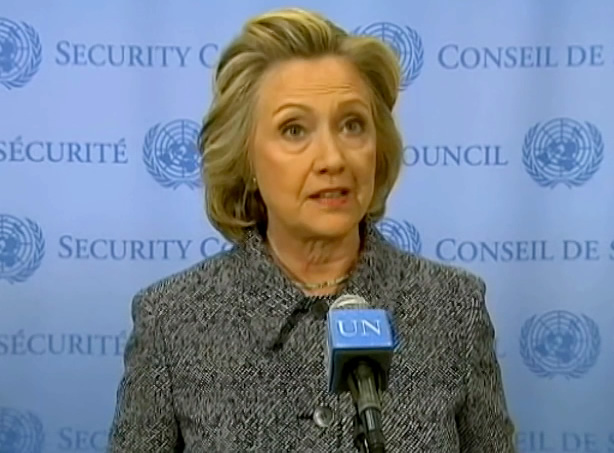 (Freedom.news) President Obama’s most sycophantic admirers will never admit it, but anyone who is being honest – regardless of their political affiliation – knows: This man has dramatically expanded the power of the Executive Branch during his tenure, far beyond what the Constitution permits and beyond what our founders ever imagined.

To be fair to Obama, he had some help. As we have noted before, Congress has had a hand in enabling this president by refusing to utilize its Legislative powers – of the purse, impeachment, and so forth – as a means of curbing his overreach. That said, Obama has known precisely when and where to push his authority. To say he has chosen his battles wisely is an understatement; he has deftly outmaneuvered his Republican opponents – those in the leadership, anyway – and in doing so has done great harm to our nation’s founding document.

But it’s possible we haven’t seen anything yet. Here comes Hillary Clinton sporting a boatload of legal baggage the likes of which the country has never experienced in a presidential contest.

As reports noted last week, the investigation into Clinton’s use of a personal email system to send and receive classified and Top Secret messages while serving as Obama’s secretary of state has widened to now include potential charges of public corruption. Fox News reported exclusively that FBI investigators are now examining whether Clinton used her post to solicit donations and other largess from foreign powers on behalf of the Clinton Foundation.

“The agents are investigating the possible intersection of Clinton Foundation donations, the dispensation of State Department contracts and whether regular processes were followed,” one source told the news channel.

If true, that would essentially guarantee that Clinton would be recommended for indictment by the FBI, according to former U.S. prosecutors who have pursued such cases in the past.

Now, being recommended for indictment is not the same as actually being indicted. The FBI does the recommending, but ultimately Attorney General Loretta Lynch would make the decision on whether to prosecute – and that decision would most likely be based on “guidance” from President Obama. There have been additional reports saying that there is so much evidence against Clinton that if Lynch decides not to prosecute for political reasons, career prosecutors and FBI agents, as well as some in the intelligence community, will revolt – and leak information about the evidence right and left.

But let’s say for the sake of argument that she is indicted – what then? Will she have to end her bid for the Democratic nomination? Roughly have of voters polled recently think so, but the thing is, there is no constitutional requirement for a presidential contender under indictment to step out of the race.

What’s more, suppose Clinton goes on to actually win her party’s nomination, as she is still expected to do at this point – what then? Still, the Constitution is silent on the issue.

Now, suppose Hillary Clinton, under indictment but not yet tried and convicted – wins in November – can she take the oath of office the following January?

Understand that if Clinton is indicted, which wouldn’t happen until this spring at the earliest according to reports, two things are certain: 1) she is not likely to go to trial before the November elections; and 2) she won’t drop out of the race, especially if it looks like she’ll win the nomination. Her Democratic supporters have already indicated they will continue to back her regardless of her legal problems or status [the Democratic Party machine could intervene and put forth another candidate last-minute in a bid to pre-empt her and save the party’s reputation, but this is the narcissistic Hillary Clinton we’re talking about].

So, if Hillary wins the general election and delays the trial – which her lawyers are most likely to try to do – she’ll stand for inauguration in January. And if that happens, before she is actually tried and convicted, the question becomes: Does the Constitution allow for a sitting president to stand trial for an indictment that occurred before he/she took the oath of office?

Obviously our founders never envisioned this kind of situation because they did not directly address it in Article II of the Constitution, which lays out presidential requirements and powers.

It won’t matter what federal statutes say because the Constitution trumps statutory law, as we’ve seen in the past when the Supreme Court has overturned statutes because of perceived constitutional violations.

Since our founding document is completely silent on this issue, the country would essentially be in uncharted constitutional waters.

Now, per Article II, Sect. 4, a President Hillary Clinton who had been indicted but not tried and convicted prior to taking office could be impeached by the House. But there is no guarantee there, either; the House would have to vote to do so, and two-thirds of the Senate would have to vote to convict – hardly a certainty. And if she’s not convicted, she’s scott-free – at least while she’s president.

Once she leaves office, however, would the indictment remain valid, forcing a trial? That depends; the statute of limitations for most federal crimes is five years (so a single term may fall within that time limit, depending on when she’s actually charged – if it’s this summer, the government has five years from that point). For some terrorism charges the statutes of limitation are eight years; for some financial crimes it is a decade, according to the Justice Department.

Through all of this, of course, the legacy media which is notoriously liberal will defend Hillary incessantly, muddying the waters whenever possible in a bid to whip up the public’s support, as if that has any real legal force. But as we’ve seen before Republican leaders can be intimidated into inaction by the media, so even if there are constitutional actions the Legislative Branch could take against a legally compromised President Hillary Clinton, history indicates they would probably abdicate their responsibility (who wants to impeach the first female president after all, regardless of her felony charges?).

If Hillary remains in the race for the Democratic nomination, even if indicted (and we’re betting she will), and if she wins the nomination and then the White House, the Constitution will be tested in ways our founders never considered or probably thought possible.

What finally shakes out in the could change the end country forever, and not in a good way.